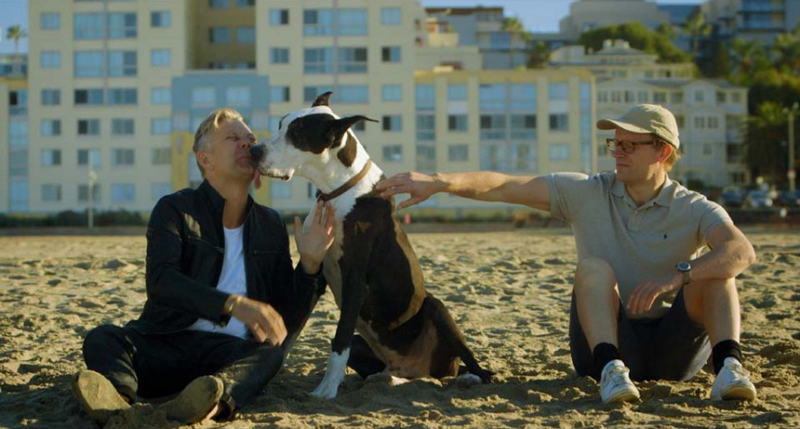 You may be familiar with the comedic stylings of Frank Hvam and Casper Christensen, two Danish comedians who, over six seasons on TV with their show Klown, have mined that vein of uncomfortable comedy spearheaded by Larry David’s Curb Your Enthusiasm, but mixed in a ribald attitude (re: lots of penises) and a particular tone of non-PC humor that is squarely Scandinavian (mostly this: Other cultures are different and confusing and I don’t know how to interact with them). Their continued social blunders are pretty hilarious, and I’ll confess that I’m a huge fan of the duo. Here then is the next chapter, Klown Forever, that continues their adventures (last seen on the big screen with 2010’s Klown). But as with everything dealing with the law of diminishing returns, your mileage may vary.

We begin with Frank adjusting to a new life as a father, not entirely comfortable as a family man, navigating infant swim classes and tutorials on exotic lunches for children. He and rake Casper (toxic masculinity personified) have co-penned a book on friendship, but theirs is on the outs: Bad boy Casper just wants a complicit compatriot for his midlife crisis, while Frank is (not) dealing with his own. Inciting incident: Casper up and moves to Los Angeles to make a name for himself in Hollywood, and Frank follows, trying to win back his one true love – err, best friend. The duo have a few episodic American adventures before a drunken night results in Frank having sex with Casper’s daughter Cille (Colling), which escalates into even higher stakes in a film that really wishes to shock, but in more instances than not, tends to merely titillate, as the aforementioned diminishing returns come into play. Because of the episodic nature of the material, Klown Forever feels more like a series of events rather than a cohesive whole. That’s fine with me, as I enjoy spending time with these bumbling, emasculated males grappling with their ultimate insignificance in the world.