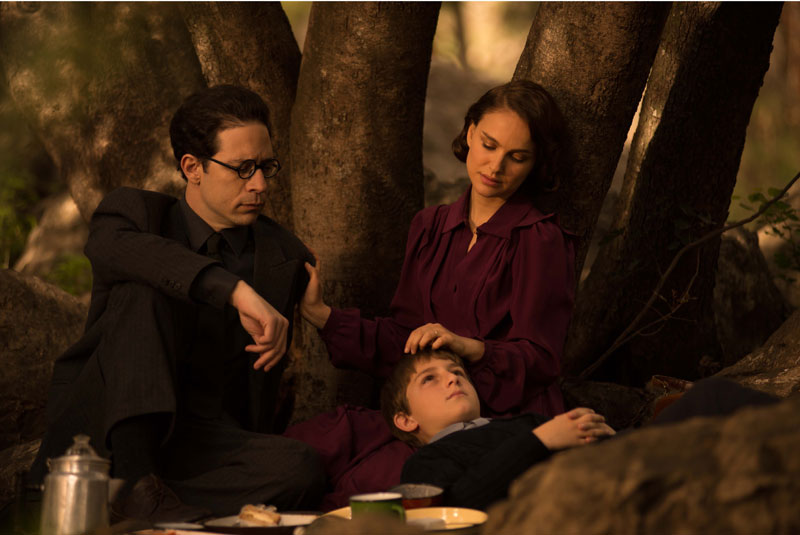 A Tale of Love and Darkness

Portman’s directorial debut about a young boy coming of age during the British Mandate and the troubled, often disorienting birth of the modern state of Israel is many things: narratively and stylistically ambitious, shot through with imaginative, metaphorical imagery, containing a brace of fine performances, and overflowing with all the trimmings of a genuine passion project. It’s also, however, woefully melodramatic, full of overused, poetic asides, and feels much longer than its relatively brief running time. Still, the unparalleled cinematographic skills of Slawomir Idziak (Three Colors: Blue, Gattaca) elevate Portman’s sometimes over-elaborate storytelling technique into something honestly beautiful. It’s a pleasure to watch, if not always to sit through.

Adapted from Amos Oz’s bestselling 2002 memoir, A Tale of Love and Darkness, the narrative ostensibly flows from Oz’s childhood memories – newcomer Tessler plays Amos – beginning on a harrowing note in 1945 and ending in 1952 with a melancholy denouement. His tight-knit family – mother Fania (Portman) is a font of romantic wisdom while father Arieh (Kahana) is a not-quite-successful writer – serve as both protectors from the explosive historical events taking place right outside the family’s door and as guideposts to his future manhood. There’s bullying at school, the First Arab-Israeli War (which sees little Amos pressed into service collecting discarded battlefield bottles for future use as Molotov cocktails), and his mother’s increasingly precarious mental state. Indeed, it’s fair for audience members to wonder whose life is this about, anyway, Amos’ or Fania’s, given the outsized role Fania plays in this depiction of what is, at the core, Amos Oz’s autobiography.

Tellingly, Portman has chosen to shoot A Tale of Love and Darkness entirely in Hebrew with English subtitles, which does the job of more fully immersing the viewer in Amos’ chaotic youth, although narration from his adult self occasionally pulls you back out. Portman, who also penned the screenplay, unfortunately piles on the platitudes vis-à-vis the Arab and Jewish tribulations of the time. Several “Why can’t we all just get along?” moments are hoary in the sheer depth of their cliches, even if the question, as always, is a fair one. There is, after all, more than enough despair and horror to go around. A Tale of Love and Darkness is more a fascinating debut than a compelling one.