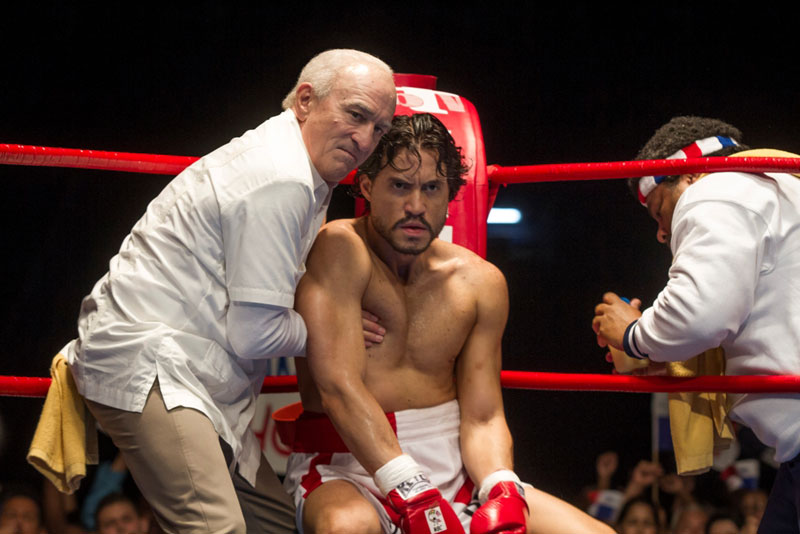 First things first: You can’t cast Robert De Niro in a boxing movie without the cinematic collective unconscious reeling from the psychic reverberations of his return to the ring since Martin Scorsese’s definitive template, 1980’s Raging Bull. Sure, there’s Rocky, The Fighter, dark horse Girlfight; but no film has provided a blueprint for filming pugilists like that explosive and influential Jake LaMotta biopic. Jonathan Jakubowicz’s film about Panamanian boxer Roberto Durán both embraces and eschews those tropes, casting De Niro as a level-headed coach who tempers the fiery machismo and brute strength of Ramírez’s Durán. Overall, it’s a good call, but one that ultimately can’t save a film that struggles with being just another connect-the-dots history lesson coupled with a freewheeling period piece of Seventies excess.

There is an interesting through line that Jakubowicz puts to good use here though, and one that almost saves the film, and that is the postcolonial world in which the young Durán is raised, growing up in the slums of Panama, watching his country’s most valuable asset – the Panama Canal – being built and owned by the U.S., and using that anger, that drive, and those manos de piedra to climb to the top to become one of the most celebrated boxers of all time. It’s a theme that returns again and again in Ramírez’s riveting performance, and the film is smart to dial in the narrative on Durán’s fights with Sugar Ray Leonard (Usher, or here, Usher Raymond, giving more than I ever thought he had in him) as the linchpin. De Niro’s Ray Arcel, a boxing coach veteran, takes Durán under his wing, the calm yin to Durán’s impetuous yang. Scenes outside the ring are punctuated by an appropriately funky soundtrack and tracking shots moving past beautiful partygoers, with fights, betrayals, and Durán’s machismo bleeding out into his personal life.

I could watch Ramírez read the phone book, as the old saw goes. He is one of the most vibrant and charismatic actors working today. He infuses Durán with a charm and a recklessness that is tempered by De Niro’s quiet, understated performance, something he can do in his sleep. I just wish that the boxing scenes were rendered less clumsily and Durán’s personal life not depicted as the usual decadent cliches. As a primer on a boxing heavyweight, Hands of Stone fits the bill, but it’s not the knockout it could have been. 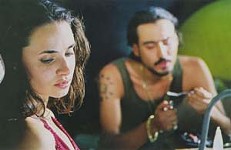 Secuestro Express
This Venezuelan film about the kidnappings that are endemic in Caracas bursts with stylish technique and gruesome tension.