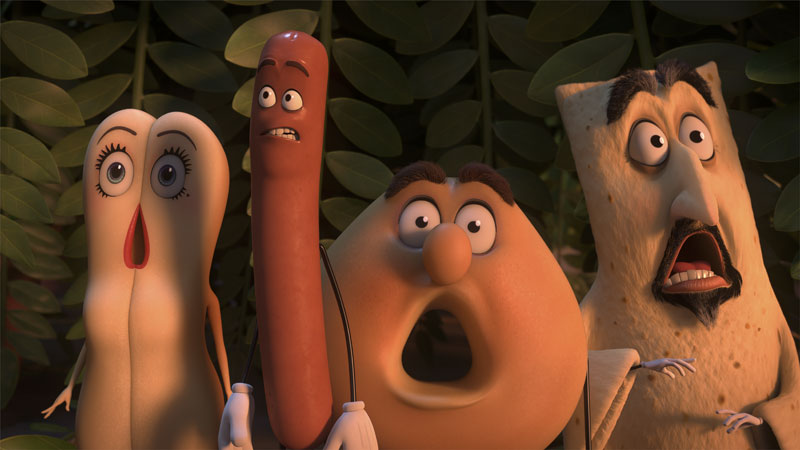 I imagine you’d have to be high to come up with so sublimely goofy yet novel a premise as the one for this hard-R animated comedy about an anthropomorphized wiener and hot-dog bun, desperate to bone. Also speculative: I’m guessing Sausage Party is a lot funnier if you’re stoned out of your gourd.

With a story idea credited to Seth Rogen and Evan Goldberg, longtime screenwriting and producing partners, and Jonah Hill, who broke out in their autobiographical 2007 film Superbad, and a script by Rogen, Goldberg, and The Night Before co-screenwriters Kyle Hunter and Ariel Shaffir, Sausage Party falls in line with other Rogen-fronted comedies like This Is the End, The Interview, and Neighbors: an inspired premise, spottily funny execution, and eye-rolling gender and cultural stereotypes windmilling at subversiveness.

The setup is genius: Walking, talking grocery-store stock, from cereal box to douche product, are mass-conned into thinking that shoppers (aka “the gods”) plucking them from shelves and carting them through a supermarket’s sliding doors means a fast track to “the great beyond.” It’s only once they’re out in the world, unceremoniously unwrapped and plopped onto a cutting board in the kitchen, that they realize being bought means being consumed which means being gruesomely slaughtered, as laid out in an outlandishly funny scene wherein a potato is skinned alive and a sausage named Carl (Hill) is knifed down the middle while midspeech. The joke – and it’s a provocative one – is that this is all a big metaphor for blind obeisance to organized religion, with its promise of an afterlife and, most especially, a heavenly reward for delaying sexual gratification.

Hot-dog wiener Frank (voiced by Rogen) is packaged mere inches from bun Brenda (voiced by Wiig), his white-bread soul mate. Proximity isn’t a problem – he’s slipped a tip in – but they’ve been schooled that full-penetration sex should be saved for the great beyond. When Frank begins to doubt the myth of the great beyond after a returned jar of honey mustard (McBride) comes back to the store shell-shocked and an avowed atheist, Frank goes on a hero’s journey – certainly one Joseph Campbell never anticipated – through supermarket aisles to uncover the truth of where manufactured meat products go to die. That occasions Sausage Party’s problematic tromp through ethnic-food sections, clichéd in ways that largely aren’t amusing or challenging enough to justify their caricature. It casts Craig Robinson, the only prominent black voice actor, as a box of grits, and, in an opposite-day kind of tin-earedness, Bill Hader as a Native American bottle of “firewater,” Edward Norton as a Woody Allen-aping bagel, and David Krumholtz as his bickering Muslim flat bread traveling companion. Meanwhile Salma Hayek’s closet-lesbian taco Teresa – like Wiig’s Brenda, the only other notable female-voiced part – seems to exist solely because her contours call to mind a vagina.

I mean, shit, it’s not like it’s any surprise these guys ride bro-hard. It’s just disappointing because those sad tin cans aren’t the only ones squinting at Valhalla in the shimmering distance. Sausage Party glints of greatness, but this is half-cocked comedy at best. 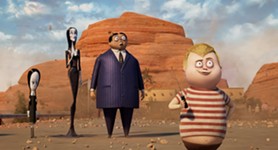 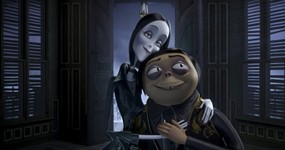 The Addams Family
Your favorite creepy neighbors are back, and kid friendly