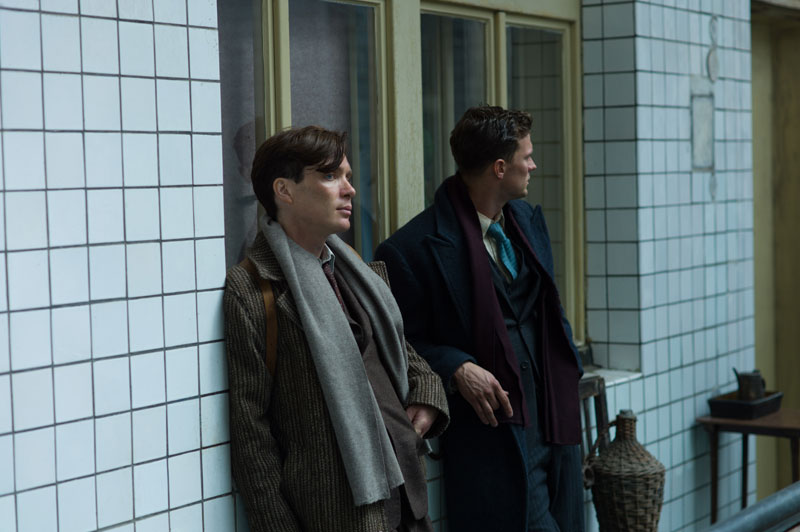 While based on a remarkable true story, Sean Ellis’ Anthropoid leaves a lot to be desired. The year is 1942, and we are dropped into Nazi-occupied Bohemia, as are our two leads, Josef (Murphy) and Jan (Dornan), two Czech soldiers parachuting into dangerous ground. The two are tasked with assassinating Reinhard Heydrich, one of Hitler’s elites, the main architect of the Final Solution, and due to his iron reign in Czechoslovakia, holder of the nickname “the Butcher of Prague.”

Josef and Jan meet up with the local resistance, mostly embodied in the form of Toby Jones as Jan Zelenka-Hajský. As they plan, prepare, chart Heydrich’s movements, and generally try to stay out of trouble, Anthropoid’s first half can be a stagnant and slow morass that reminds you that this type of material has been done a thousand times before and a million times better. But once the assassination attempt occurs (about midway through the film), Anthropoid morphs into a siege film, as the soldiers of the resistance fight off hundreds of Nazis while holed up in a Prague cathedral. This third act offers a bit of excitement, should you enjoy watching a bunch of Nazis get shot, but the disjointed tone of the film makes the eventual payoff seem more yawn-inducing than rousing. Murphy and Dornan don’t help much – they’re not really given any character beats – and the film has them endlessly scuttling around in service of the plot. One gets the feeling they were cast due to their amazing cheekbones. As a document of an extraordinary event, Anthropoid does the disservice of rendering this bit of World War II history dull and colorless. I’m sure there’s a History Channel show that tells the tale better.