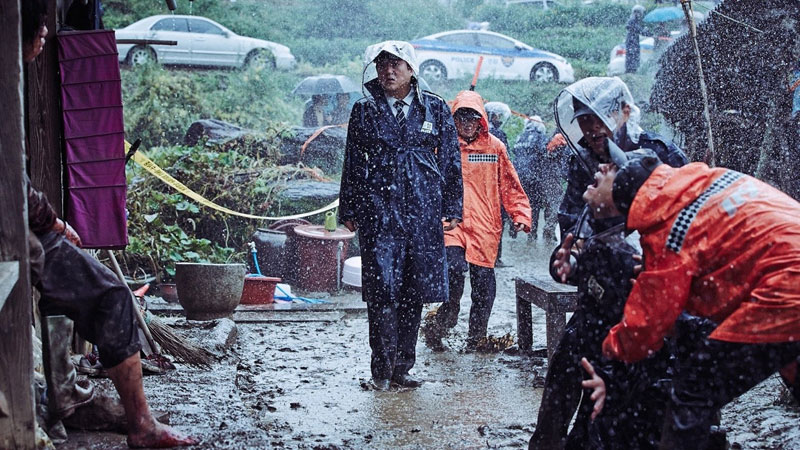 Things get strange, and I mean really strange, in South Korean director Na Hong-jin's new film The Wailing. With two features under his belt – 2008's The Chaser (an unexpectedly affecting serial-killer thriller inspired by true events), and 2010's The Yellow Sea (an ultraviolent exercise in desolation) – Na has one of the most assured sensibilities to come along in genre film during the last 10 years. There is not a shot in his films that feels extraneous, and he can film an action scene better than most established Hollywood directors. The Wailing continues his progress as an international name to be reckoned with.

In the isolated village of Goksung, tucked away in the mountains of South Korea, Jong-gu (Kwak), a bumbling policeman, seems to be in way over his head as an outbreak of murders begins to plague his town. Husbands killing wives, family members slaughtering their kin and burning down houses, and weird rashes and boils appearing on the afflicted are just the beginning. Initially chalked up to the ingestion of some wild mushrooms, Jong-gu soon discovers that some locals blame a recent transplant to the village, a Japanese man never named (Kunimura), who is living in a remote cabin in the mountains. When Jong-gu's young daughter Hyo-jin (Kim) begins to exhibit the same symptoms, Jong-gu goes down the rabbit hole of ancient magic, shamans, demonic possession, and a very nasty ghost (not to mention zombies).

What makes Na's film such a strange and beautiful trip is his adept blending of various genre tropes to create this peculiar hybrid that starts out as a comedic/scary police procedural, morphs into shades of The Exorcist, and then arrives at a place that is wholly its own through byways into death hex rituals and themes of colonialism, set amid the gorgeous and dangerous landscapes and mountains of the region. Horror movies tend to be pretty quick affairs, clocking in at 90 minutes or less, but The Wailing runs over two-and-a-half hours. That's because Na's recipe absolutely requires simmering before it rips your guts out (and everyone else's). It's a dish with many complex flavors that may seem odd when you see it on the menu, but once you try it, you're not going back to anything else. 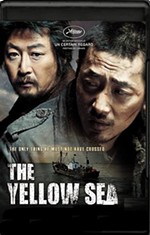 Five More to Die For, Part 2: Must-See Movies You Missed in 2011
What you missed: Na Hong-jin's 'The Yellow Sea'