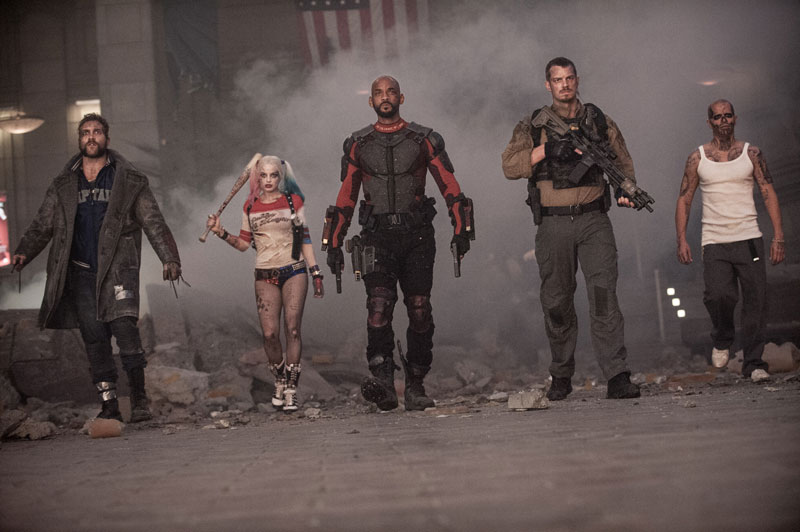 Warner Bros. hopes that this supervillain extravaganza will be the tentpole movie that can anchor the studio’s expansion plans for the DC Comics movie world, following the underwhelming critical and commercial performance of Batman v Superman: Dawn of Justice, released just a few months ago. The supercharged trailers for Suicide Squad have primed the public appetite for the film’s late-summer appearance (especially after this season of action duds and disappointments). Yet the zippy material that works so well in two-minute advertising spurts has a diminished payoff in the two-hour movie in which no amount of sass and snap can compensate for the overall dullness of the plot and monotony of the team mission.

Constrained, no doubt, by its PG-13 rating, the jokey perversity of Suicide Squad can’t begin to match the heights (or is it depths?) of this year’s superhero breakout hit, Deadpool. Suicide Squad’s bad-guy heroes are a conceptually interesting bunch, but beyond their physical appearances and initial introductions, they fail to reward sustained interest. And the good guys – Amanda Waller (Davis), the head of a secret government defense agency, and Rick Flag (Kinnaman), Waller’s chief commandant – are stony-faced functionaries. The liveliest members of the bunch, Harley Quinn (Robbie) and the Joker (Leto), have their moments but, like the other characters, seem ready-made for the enticing quick cuts of a trailer rather than the advancement of the plot or any particular agenda. (For his part, Will Smith is probably glad he rejected the opportunity to reprise his role in this summer’s Independence Day: Resurgence, but his turn here as the ace assassin Deadshot has little compensating verve.

So, Waller’s secret government agency assembles a bunch of really bad guys to take out a bunch of even worse ones. And who might that be? The Enchantress (Delevingne), who causes destruction through what appears to be extreme writhing. There’s no one to root for in this movie, and no one whose prospects we care about. Several plot points lack coherence, and inserted flashbacks add to a sense of the film having been fused into shape in the editing room. It seems that Suicide Squad was done in by its own hand. 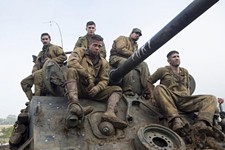 Fury
Brad Pitt commands a Sherman tank in the waning days of World War II, and teaches his men the simple algorithm of war: Kill or be killed.