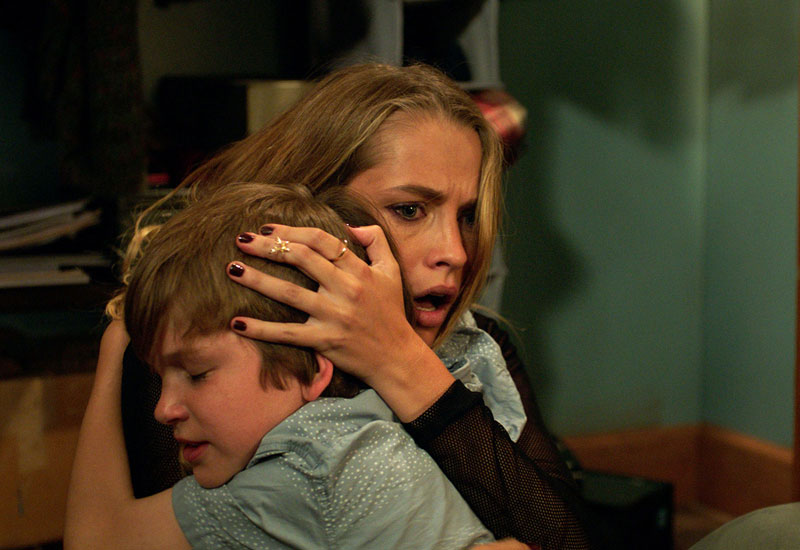 If nothing else, Lights Out is a fairy tale Hollywood success story for Swedish director David F. Sandberg, whose unnerving, online shorts caught the attention of contemporary horror mogul James Wan (the Saw movies, the Insidious movies, the Conjuring movies, all future horror movies, and – most horrific of all – the upcoming Aquaman movie). Wan tapped Sandberg to flesh out his short of the same name into a feature, and while Lights Out has a clever gimmick of the fear of the dark that’s been a goldmine for scares since cinema immemorial, even at a lean 81 minutes, it wears out its welcome pretty quickly.

The conceit here is that there is a ghost, Diana (Vela-Bailey), haunting Sophie (Bello) that can only be seen – in shadowy silhouette – when the lights are out. Turn the lights on and poof! she’s gone. But when the lights inevitably go out again, poof! she’s closer and about to grab your jugular. Sophie’s son Martin (Bateman) begins to be terrorized by the spirit, and reaches out for help to his estranged stepsister Rebecca (Palmer). They all end up at Sophie’s house, trapped with the, um, lights out, armed with a hand-crank flashlight (ever a suspense builder), some preternaturally stable candles, and a black light. There is a frail hanger with which the film attempts to drape some hazy theme about mental health issues on, but that is second to what amounts to an onslaught of increasingly ineffective jump scares. Lights Out has a few scary, funny moments and Bello and Palmer are both game, but the reliance on cheap shocks does the film no favors. It’s the cinematic equivalent to a carnival funhouse: a bit scary when you’re traversing it, but utterly forgettable (and mildly regrettable) once it’s over. 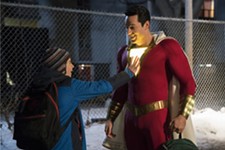 Shazam!
DC finally gets to the heart of why we love superheroes