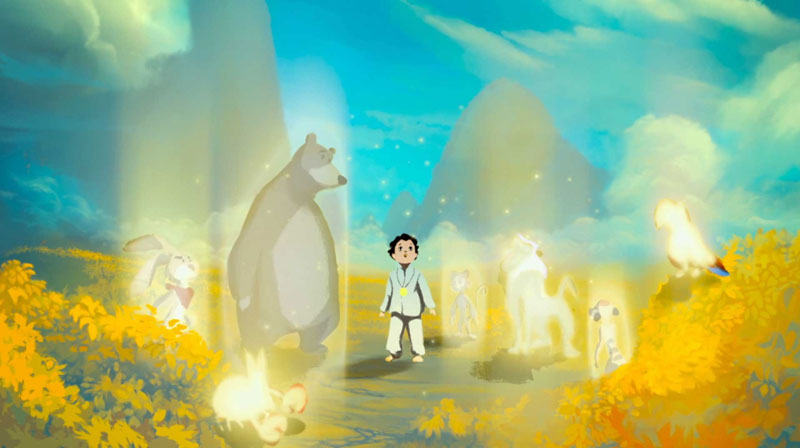 “Fly on the wall” is shorthand for a documentary camera that is present and all-capturing but not intrusive. Exactly where on the wall that camera lands is rarely specified. In Life, Animated – about a young man with autism who found through Disney movies a way to articulate his feelings – that precise placement is everything. Director Roger Ross Williams (God Loves Uganda) chronicles 23-year-old Owen Suskind in lots of places, including the learning center that helps to develop his communication skills and prepare him for an adult life outside his parents’ home, and out and about with his differently abled girlfriend, who knows Owen well enough to guess her gift of a homemade necklace festooned with a Mickey Mouse charm is the fastest path to his heart. But Williams also places his camera right on top of the TV/VHS that Owen regularly feeds well-worn tapes into. That’s the best angle to capture, head-on and unfiltered, Owen as he beams with excitement, cringes as the plot thickens, and recites from memory lines along with Jafar and Simba and Ariel and all the other Disney characters who speak to him so profoundly, and have encouraged him to find his own voice.

Around the age of 3, Owen retreated into himself. He stopped speaking and overstimulated easily. (The film’s audio mix attempts to re-create and literalize that cacophony of stimuli.) Doctors were consulted, and a diagnosis was arrived at, without any simple prescription for how to help Owen reconnect. By accident, his devoted parents, Cornelia and Ron (the latter a Pulitzer Prize-winning journalist who wrote the memoir that inspired the film and also executive-produced), discovered a conduit for connection via Disney movies. As young Owen used Disney dialogue to express his worries, his family – including older brother Walt, with his own worries about the weight of expectations on him to take care of Owen and their parents as they age – used the same themes and characters to draw Owen out. A decade and change later, Owen runs a Disney appreciation movie club with his friends.

Back to that camera, sitting on top of a TV, capturing a movie lover wearing so plainly on his face the explosion of emotions these wonderful fictions can stir in the soul. I’ve spent a few days now trying to write my way around this, fudge a first-person reaction into a third-person critical analysis. But we’re friends, right? Friends, I sobbed – so much – watching this movie. Owen doesn’t just love these movies; he uses them as a springboard for his own richly imagined universe. Not seeing himself as a hero, he fashions himself the “protector of sidekicks,” in his own storyline, which French design house Mac Guff animates in vignettes throughout the film. They reminded me of my own springboards as a child, and of the building-block power of narrative that inspires every budding writer.

Life, Animated deserves accolades for its intimate and informative portrait of an autistic person negotiating the fraught transition from childhood into its afterlife all young adults must undergo. Owen’s story is unique, and deserving of singling out. But it was in the universality of his movie ardor – how it gave him voice, and unleashed his imagination – that so moved me. We go to the movies to find kindred spirits, either onscreen or in the seat beside us. I found one in Owen. 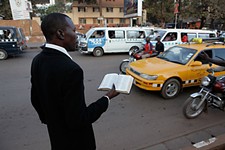