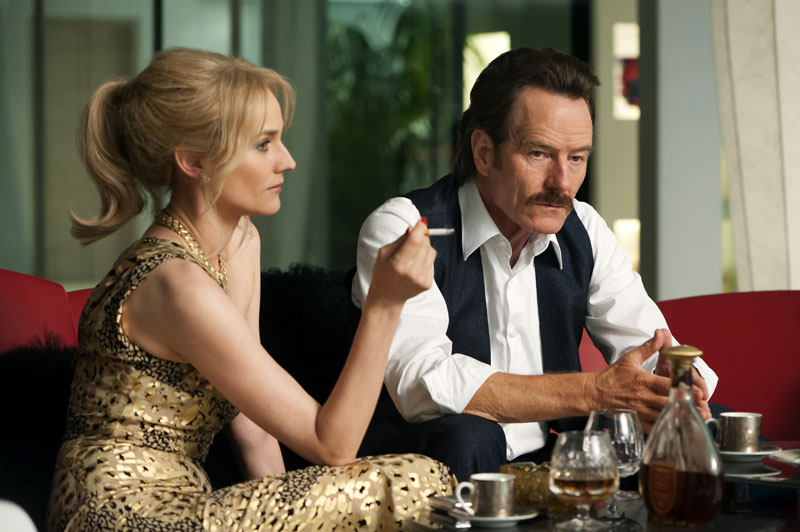 Fans of Bryan Cranston are sure to find something familiar about the actor’s role here in The Infiltrator, something that wasn’t present in two of his other post-Breaking Bad turns. Instead of the biographical-leaning pictures All the Way, in which he plays LBJ, and Trumbo, as the blacklisted screenwriter Dalton Trumbo, The Infiltrator provides Cranston with a character whose m.o. is not all that dissimilar from Walter White, Breaking Bad’s duplicitous family man-cum-methamphetamine kingpin. Although The Infiltrator, which is based on Bob Mazur’s book, is again biographical, Mazur’s life as an undercover U.S. Customs agent who by day masterminds a money-laundering scheme that takes down Pablo Escobar and the Medellín cartel’s cocaine profits, and by night is a happily married husband and father in Tampa, Fla., has a reassuring resemblance to “Heisenberg.”

The Infiltrator is an intriguing suspense film that’s greatly bolstered by Cranston’s nuanced performance as Mazur and a deft turn by John Leguizamo as Mazur’s co-conspirator, but is undermined by its lack of tension and excitement. The screenplay by Ellen Brown Furman (the director’s mother) is less a procedural than a character study. Yet the details of how the massive deception was pulled off are often fuzzy, and certain elements that do appear seem questionable. (Olympia Dukakis’ two inexplicable scenes as Mazur’s aunt spring to mind here.) Mazur’s wife (Aubrey), boss (Ryan), and undercover partner in deception (Kruger) are all underwritten roles. And The Infiltrator is one of those movies that is always telling the audience rather than demonstrating to us what the characters are thinking or doing – something that’s deadening in a thriller.

Despite its overly familiar ring and lack of genuine suspense, there are nice touches that can be found throughout The Infiltrator. Brad Furman (The Lincoln Lawyer), however, hasn’t the stylistic chops to turn this from a routine movie into a memorable thriller. 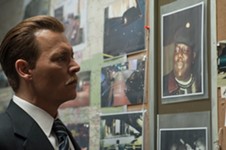 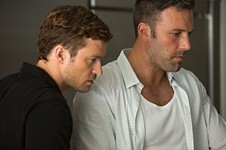