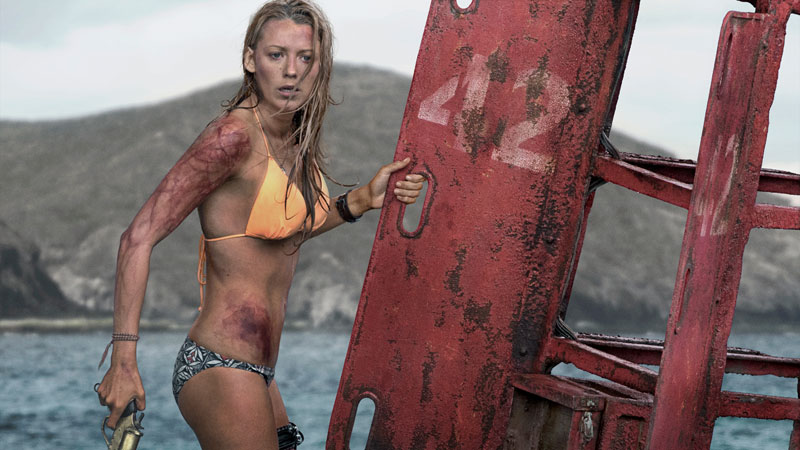 Growing up, predatory fish movies caused me no end of terror. I saw Jaws way too young (I was 7), and don’t get me started on movies with piranhas. I remember watching the 1979 Lee Majors vehicle Killer Fish, wherein he played a jewel thief who stashes his loot at the bottom of a lake and then releases piranhas to protect it. Of course, every member of his gang tries to double-cross him, and they all end up dying in a frenzy of bubbling, bloody sharp teeth, a never-ending hot tub of blood. It got to the point where I was terrified of any water outlet as it could be a conduit for carnivorous-fish death at any moment. Bath time was fraught with peril, and I don’t think I went into a swimming pool for two summers. But I was fascinated by those films, obviously, or I wouldn’t have willingly gone to see The Shallows, the latest in shark-attack films (we will not speak of those tornado sharks, ever).

Lively plays Nancy, a medical student grieving over the loss of her mother from cancer. An avid surfer (she hails from Galveston), Nancy bails on school to travel to Mexico, searching for a secret beach where her mother went after discovering she was pregnant with Nancy (romance-novel prelude for sure, but it works). Once she discovers the beach, instead of finding the man of her dreams, she finds some killer waves and a killer great white, hell-bent on eating her. (I’m going to pause right here and say this: If you are asking why a shark would become obsessed with eating one particular person on a secluded beach instead of just swimming off to find other prey, you may have walked into the wrong movie. Free State of Jones is in theatre two.) Lively is stuck on a rock a ways from shore for most of the film, trying not to bleed out from a nasty love bite on her thigh. Director Jaume Collet-Serra, along with editor Joel Negron, go through the usual scares: shark POV, limbs removed from the water in the nick of time, hapless secondary characters – just trying to help – turned into chum. It’s a nice bit of close-quarters cinema, offering some jolts and scares before the obligatory WTF ending. The Shallows may not have the nightmare-inducing feeling I have been chasing since I was a kid, but it’ll do in a pinch.