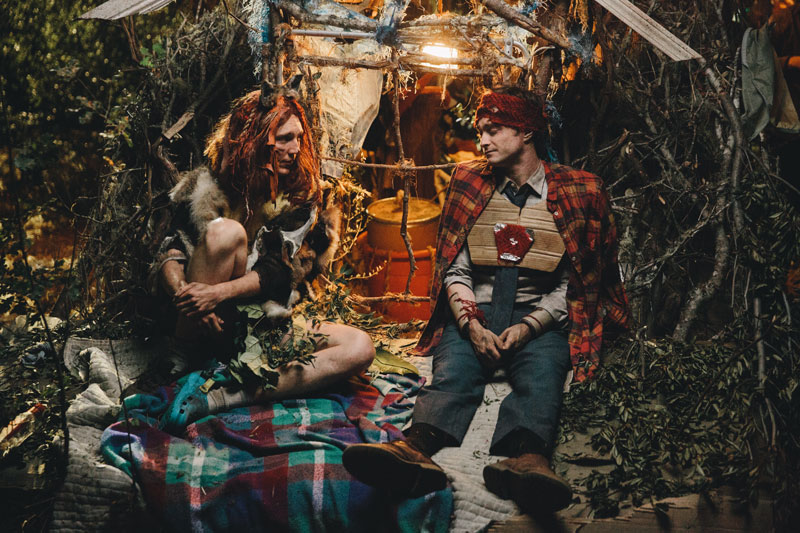 This year’s film fantasies are unlikely to come any weirder than Swiss Army Man, aka “the farting corpse movie.” Neither are there likely to be many two-handers that feature performances as crafty and compelling as those of Paul Dano and Daniel Radcliffe. You also get to see the deceased and flatulent bare ass of the onetime Harry Potter – but I’m not sure if that belongs in the plus or minus column.

Written and directed by a music- and viral-video team who go by the nom de plume Daniels, Swiss Army Man is rife with concept. Were there more ballast to anchor Daniels’ flight of fancy, Swiss Army Man might sail into the annals of film history as one of the all-time cult classics. As it is, however, the movie hasn’t enough gas to keep up with its farting corpse. Faint explorations of the modern masculine predicament and the personal cost of human isolation give way to silly ideas about using the corpse’s hard-on as a compass or wondering what else a friend might be hiding from you if he also stifles his farts. It’s all kind of amusing, and that would be fine but for the fact that the filmmakers offer many openings where they seem to be in search of deeper meaning.

The film opens on a beach where Hank (Dano) is stranded alone and at the literal end of his rope. Yet with his head in a noose, he spies a body in the surf, the aforementioned corpse whom he names Manny (Radcliffe). Discovering that Manny’s prodigious farts have the equivalent of jet-ski propulsion, Hank mounts the body and takes off from the deserted island, landing on some woody terrain. Hiking inland toward what he hopes is civilization, Hank schleps the corpse with him as he goes. (He ain’t heavy, he’s my Manny.) Soon, magic realism enters the picture, and Manny begins speaking and producing fountains of water from his mouth. The carcass becomes a multipurpose tool that Hank uses to chop wood and steer their course – hence the film’s title. A mildly surreal interlude late in the film has them playing out romantic fantasies in a little diorama built from scraps of natural things and man-made detritus found in the forest. An affecting aural score by Manchester Orchestra members Andy Hull and Robert McDowell helps underscore the strange imagery.

Still, I can’t help but wish there were more here. The film is neither a completely satisfying comedy nor drama – it’s a Swiss Army knife that’s short a few utilities to be absolutely necessary. Nevertheless, this is a film that will probably remain unforgettable. 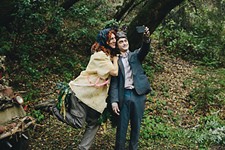 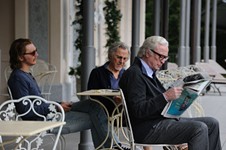