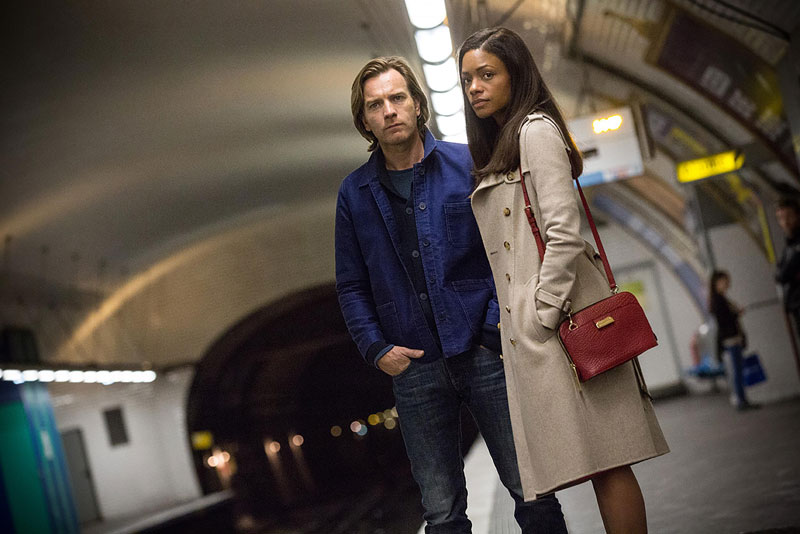 Our Kind of Traitor

A perfectly ordinary British couple goes on vacation in Marrakesh, in something of a last-ditch effort to save their marriage, we gather, following Perry (McGregor) stepping out on Gail (Harris). On holiday, they make the acquaintance of an effusive Russian named Dima (Skarsgård). The Russian mafia’s No. 1 money launderer who’s run afoul of his boss, Dima wants to defect with his family to the UK. His bargaining chip? Dima’s got dirt on British officials in bed with the Russian mafia. MI-6 operative Hector (Lewis) is intrigued, but Dima won’t negotiate without Perry and Gail at the table. And so the perfectly ordinary couple is swept up into an international intrigue.

Director Susanna White (Nanny McPhee Returns) aims to keep the visuals interesting – a sallow yellow tint, beveled-glass-like hazy frames – but Hossein Amini’s script feels a few drafts shy of a satisfying procedural. Problematically, the perspective alternates between Perry’s and a more omniscient POV, leaving the viewer as much in the dark as Perry is regarding the trigger man on a crucial assassination. Then again, does it really matter? Jockeying between a mafia don (Dobrygin) who’s barely given a first name and a British minister (Northam) who seems to know all until the plot requires he know nothing, Our Kind of Traitor is in dire need of a compelling antagonist.

What it does have in its favor are two sit-up-and-clap supporting turns from Skarsgård, all barking bear in tacky gold chains, and Lewis, who wears the sour mouth of someone who just underwent a prostate exam. Collectively, they’re the film’s fail-safe: Whenever Our Kind of Traitor threatens to go completely inert, they show up and give it a good goosing. 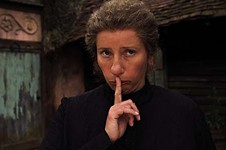 Nanny McPhee Returns
Emma Thompson stars as the titular nanny in this family film, which she also wrote.