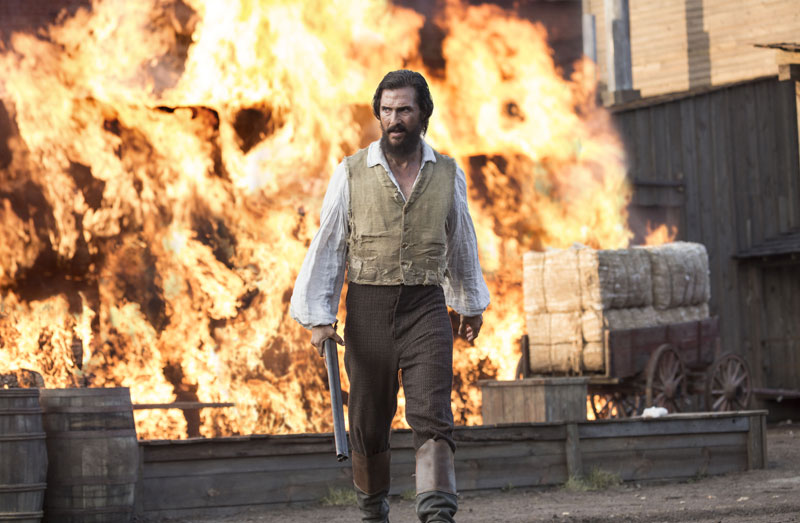 Writer/director Gary Ross (Pleasantville, Seabiscuit) brings to the screen a fascinating yet little-known episode of American history in Free State of Jones. Nevertheless, this ambitious and well-researched movie often trips over its own feet while translating its knowledge into a dramatic tale, leaving little but Matthew McConaughey’s focused lead performance and Benoît Delhomme’s lovely cinematography to stir viewers’ interests.

McConaughey plays Newton Knight, a medic for the Confederacy during the Civil War when he deserts and returns home to Jones County in southeastern Mississippi. He has come to believe that the war is being fought for the benefit of rich, white men and that he’s no longer willing to die in order to protect their cotton. And once he returns home, he finds his and his neighbors’ small farms being pillaged by Confederate tax collectors, which further enrages him. Initially, he teaches some of the remaining womenfolk and children to shoot rifles and stand their ground, but soon the threats to his life become so severe that he leaves his wife Serena (Russell) and son, and heads for the swamps.

In the swamps, Knight finds community with a ragtag group of escaped slaves where he forms a special kinship with their leader, Moses (Ali). The group eventually acquires some guns, and Knight proves to be a natural leader of men and a savvy guerrilla fighter. As more white soldiers escape the ranks of the Confederacy after the fall of Vicksburg, more deserters join this mixed-race group of renegades, who manage to hold three neighboring counties under their control by the spring of 1864, an area they declare to be the Free State of Jones, where “every man is a man.” Knight also comes under the spell of Rachel (Mbatha-Raw), a slave who helps the renegades, and following the war, he lives with Rachel in a common-law marriage, and they have several children. Curiously, his first wife Serena (to whom he is still, technically, married) also lives in a separate domicile on his and Rachel’s land, where she also helps to raise his children.

The film suggests that Knight’s greatest crime was miscegenation rather than desertion from the Confederate army. In a clunky attempt to modernize Knight’s historic tale, re-creations of a 1948 courtroom trial are inserted into the 1860s action. Davis Knight (Franklin), a seemingly white-skinned descendant of Newton Knight, is on trial for marrying a white woman when it can be proven that he has at least one-eighth Negro blood. (And be prepared to hear the worst colloquial racial slurs if you choose to see this faithful period piece.) The abrupt cutaways to the courtroom (which are still decades removed from the present day) are distracting at first, then build to a climax in the third act where they begin to overshadow the Civil War-era story. It’s a creative narrative strategy, but it just doesn’t work. The third act is a rough-and-tumble account of life in rural Mississippi during Reconstruction, with its crooked politicians, black voter-registration drives, and the rise of the Ku Klux Klan. Ross’ attempt to connect Knight’s story to the modern day (try substituting the word “oil” every time the word “cotton” is mentioned) is admirable, but it’s all too much. The lengthy film would benefit from judicious pruning and more development of the other characters. As it is, Newt Knight, the forward-thinking white liberal, is the only character with whom we might connect. And that’s a shame because this compelling episode of American defiance is so much richer than that. 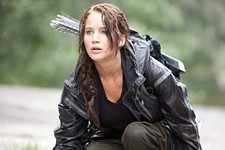 The Hunger Games
Katniss Everdeen wins the Hunger Wars and our hearts.