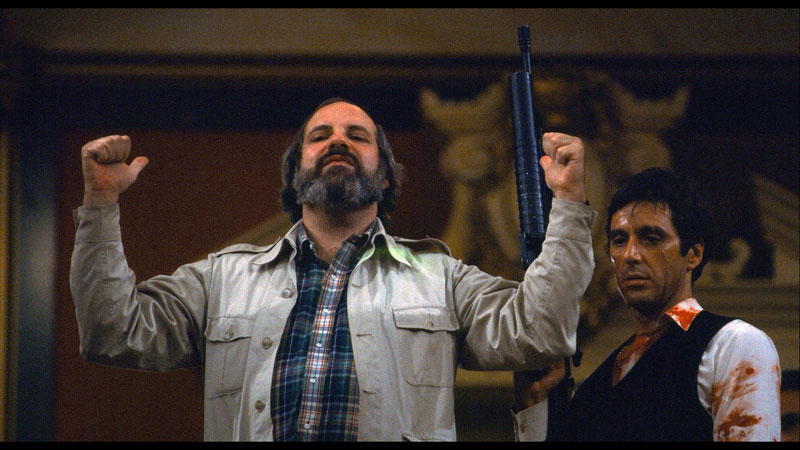 Brian De Palma is one of the great filmmakers of the American New Wave, a member of the generation of so-called “movie brats” who were brought up on Hollywood movies of the past and inspired by the European arthouse films of the Fifties and Sixties. Reaching their first blossom in the Seventies, many like Martin Scorsese, Francis Ford Coppola, Steven Spielberg, and George Lucas have already been canonized, but others such as De Palma remain, in the public eye, only as good as their last film. Even worse, De Palma, the truest inheritor of the Hitchcockian tradition of frights and doppelgängers (Sisters, Obsession, Dressed to Kill, Body Double), has often been denigrated as a derivative stylist, a hip-hop hero of violent gunplay (Scarface), and a fashioner of uniquely American horrors (Carrie, Casualties of War, The Untouchables). Yet De Palma is more than the sum of these things. A consummate technician and storyteller, this filmmaker has worked inside and outside the studio system and at all times understands what he is doing and why.

Crafted by two other filmmakers and admirers, Jake Paltrow and Noah Baumbach, this documentary presents De Palma talking directly to them off-camera about his early personal background and each of his films in chronological order. The talking-head segments are interspersed with a great selection of demonstrative clips from his (and other) movies. De Palma offers a master class in filmmaking, every bit of it as compelling as this master’s films. His anecdotes are choice and illustrative, his viewpoints both joyous and curdling, and his memory for detail enviable. This should be required viewing for every avowed student of film, though I’m not sure how much interest this documentary will hold for casual observers. Yet, since so many of De Palma’s films have become part and parcel with the American cultural consciousness of the last 50 years, I can’t imagine this filmmaker’s insights not providing every viewer with some memorable takeaways.