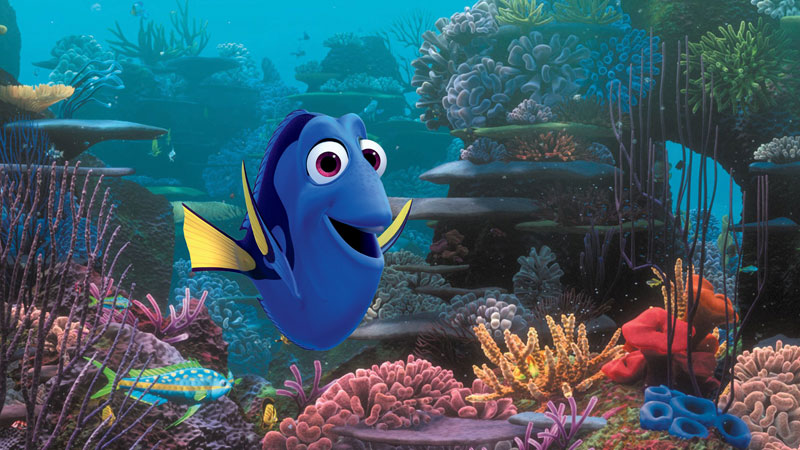 Animated movies make a mint off of exploiting children’s greatest fears, like getting lost or losing a parent, both of which Pixar mined to winning effect in 2003’s Finding Nemo. This sequel dangles the possibility but doesn’t actually kill off any parents this time, but it does hinge its plot yet again on the total terror that derives from getting separated from your parents. Are we trying to stress out our kids? Is dread something we really want them to cut their teeth on so young?

This time it’s Dory (DeGeneres), a daffy blue tang fish with short-term memory problems, who loses her way. Repeatedly, in fact: Just as Dory’s fried memory means she’s doomed to repeat herself, the plot swims in the same circles of lost and found, lost and found. In the film’s prologue, when Dory is just a baby “kelpcake” (her dad’s term of endearment), she gets separated from her parents (Keaton and Levy) and never finds the way back home. Finding Nemo gifted her a new makeshift family in the form of über-anxious single dad Marlin (Brooks) and his son Nemo (Rolence); in this film, the three cross the ocean in search of Dory’s long-lost parents. It doesn’t take long for Dory to stray too far, and Marlin and Nemo’s search expands to find their lost friend Dory, too.

Where Finding Nemo capitalized on the awesome splendor and danger of the ocean, this follow-up shifts much of its action to an aquatic park and becomes broader and sillier, or at least reality-busting, for it. And, hey, that’s OK – who doesn’t get a kick out of an octopus that can drive a car? – it just puts this entry more firmly in the just-for-kids camp than most Pixar pictures.

Prefacing the film is “Piper,” an exquisite animated short by Alan Barillaro about a baby sandpiper’s fledgling steps toward independence. It so artfully evinces a parent’s tough love and tenderness, and a child’s delight at discovering his own place in the world, that it makes the thematically compatible Finding Dory look a little slight in comparison. WALL-E
By turns sad, hilarious, exciting, and ultimately, hopeful, this is a film of Great Truths masquerading as child's play.