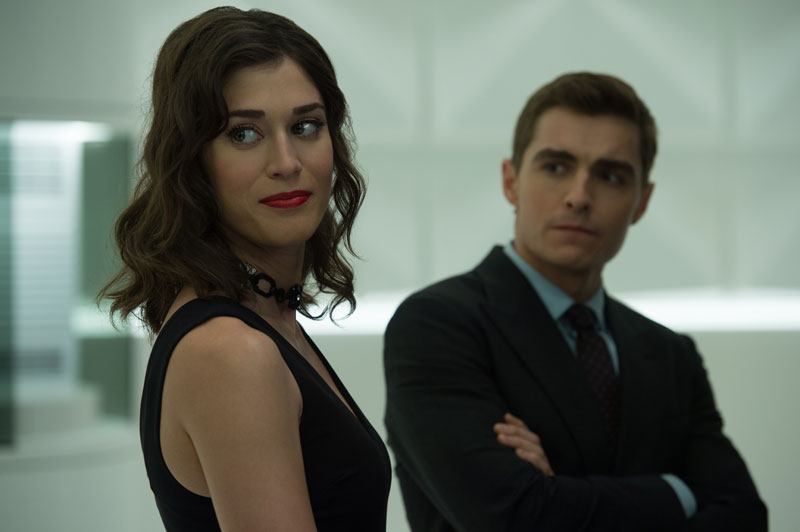 When we last saw the Four Horsemen magicians from 2013’s Now You See Me, they were going underground, newly initiated members of the Eye, some nebulous, ancient Egyptian magic club whose entrance was a magical carousel in Central Park (you had to be there). That film turned out to be a surprise hit, if your definition of surprise hit happens to be “carefully calculated pablum.” The second in a planned trilogy (tell me about it), this latest film catches us up a year later with OCD asshole J. Daniel Atlas (Eisenberg, looking increasingly annoyed that he got stuck making these movies), mentalist Merritt McKinney (Harrelson, who was probably a real hoot on set), card sharp Jack Wilder (Franco, just happy to be here), and subbing in for a pregnantly unavailable Isla Fisher, Lizzy Caplan (why, oh why?) as Lula, the newest member of these Occupy Movement street magicians who steal from the rich and give to the crowd, right before your eyes! Ringleader Mark Ruffalo returns as Dylan Rhodes, the mastermind behind the first film’s scheme to avenge his late father. At the start, the Horsemen get duped into pulling off a heist that turns out to be a trap that sends them on the run, engineered by tech bro Walter Mabry (Radcliffe, always game, but in serious need of a shave here) involving some backdoor technology that is able to access any computer in the world. High stakes, that. Their reputation tarnished, the group must turn the tables on their foes. Morgan Freeman, and that stupid hat he wears, is back as magician debunker Thaddeus Bradley, and – surprise! – Harrelson plays an evil twin with a soul patch who acts just like Matthew McConaughey in what I perceive to be a sly True Detective in-joke, but I’m probably reading too much into it.

The deal-breaking problem for me with these films – among so, so many problems – is this: They don’t ground the magic in any sort of reality, but rely on CGI for their showstoppers. One of the film’s endless climaxes has Atlas stop rain and suspend it in midair in front of a huge crowd (the most improbable thing in this scenario). Later, they chalk it up to strobe lights and a rain machine. What?! Yes, I know, this is one of those “turn your brain off” movies, but I feel obligated to administer a bit of a PSA, as the biggest con with Now You See Me 2 is convincing audiences to see it in the first place. To paraphrase The Usual Suspects, an infinitely superior magic trick of a movie: The greatest trick Hollywood ever pulled was convincing the world that magicians are cool. The only sleight of hand going on here involves your wallet. 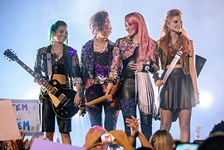