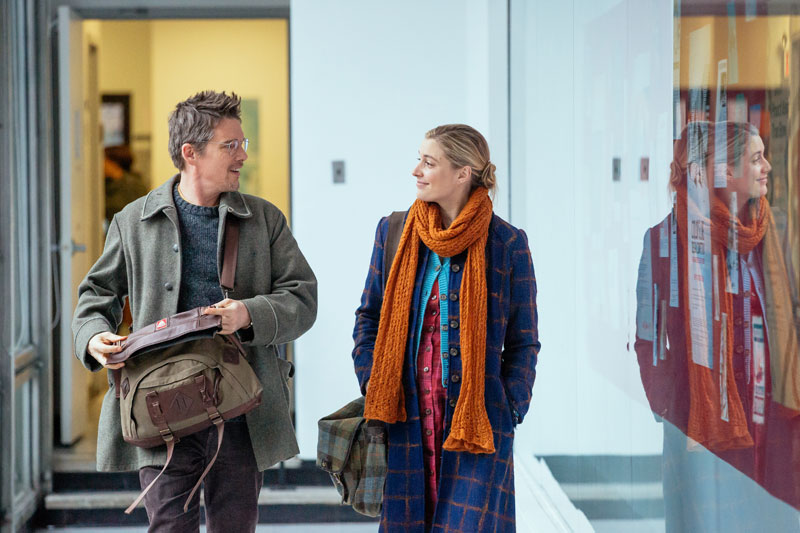 It’s a dash early in the calendar year for exact synchronicity, but Maggie’s Plan bears in its DNA more than a little Midsummer Night’s Dream, a text quoted explicitly but also more lopingly in the film’s topsy-turvy love matches and a late scrambling to make amends. That scramble is just one of Maggie’s plans; she has a few, in fact, and to say too much about any of them would spoil the zigs and zags of this lightly screwball comedy, which runs sweeter and deeper than the genre usually allows. (Stay away from the trailer if you can – it spoils her endgame.)

A thirtysomething graduate school adviser at the New School counseling students on the bridge between art and commerce, the sensible, spirited Maggie (Gerwig) reveals her initial plan to her best friend (Hader) in the film’s opening minutes: She intends to have a baby. Single and matter-of-fact about how little luck she’s had with love, Maggie is taking steps to secure a sperm donation from an old college chum, a mathematician-turned-artisanal pickle maker (not a mathematically improbable career path, I suspect, at least in Brooklyn). But Maggie’s plan gets derailed when chance – or is it fate? – puts her in the path of a professor in the ficto-critical anthropology department (whatever that is) named John (Hawke, born to play an academic), who looks to her for advice when his marriage to a fellow anthropologist, the withering Georgette (Moore, having a blast with a Germanic accent), hits a rough patch.

In her first unequivocal comedy, writer-director Rebecca Miller (The Private Lives of Pippa Lee) has a terrific sense of humor about her chosen milieus, from the small-batch, craft scene to egghead academics (“no one unpacks commodity fetishism like you do”), without ever turning sneering. (Incidentally, I didn’t anticipate any one moment would be as funny this summer as The Nice Guys’ Ryan Gosling on the can, but then Bill Hader sat down in a chair and I laughed so hard I honked.) The plot’s flyaway antics are smoothed down by characters that are specific, and Miller takes pains to delicately shade in their wants, longstanding aches, and careful plans destined to go awry. She has such compassion for these characters.

Maggie’s Plan is an ensemble piece, with Maya Rudolph, Travis Fimmel, and a magic, romantic New York rounding out the cast. They’re all great, but it’s Gerwig who’s just so damn gosh-wow. A natural comedienne (no surprise there if you’ve been tracking her career from mid-Aughts mumblecore to more recent collaborations with Noah Baumbach), she stretches her limbs here to play, after so many flibbertigibbets, a character with her feet solidly on the ground. That doesn’t mean her Maggie doesn’t make some seriously boneheaded moves. She’s only human – and what fools these mortals be. 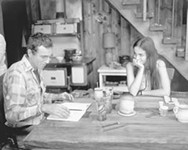