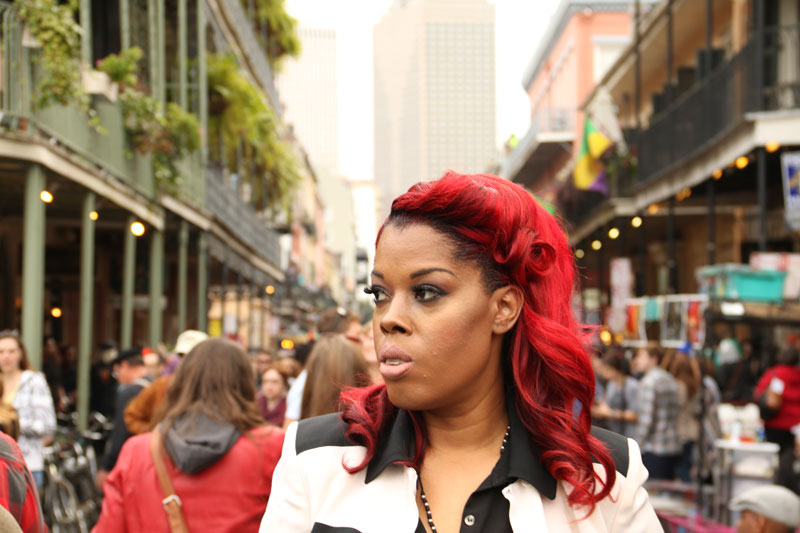 In New Orleans, 38-year-old Samantha Montgomery works as a caregiver in an elderly hospice, but in her free time uploads a cappella songs to her YouTube channel, under her professional name, Princess Shaw. She has a soulful voice, reminiscent of the late Amy Winehouse, but rarely does she get more than 100 views on her videos. She sings at open mics to empty cafes, struggles financially, but this thing, this need to create, to express, drives her. On the other side of the globe is Ophir Kutiel, known as Kutiman, living in a kibbutz in Israel. A musician and composer, Kutiman scours YouTube looking for amateur musicians to sample into his ongoing “Thru You” project, in which he mashes up a diverse selection of clips to form a song, or “video symphony” (the opening scene is Kutiman performing at the Guggenheim). Kutiman finds Princess Shaw’s YouTube channel and decides to create some tracks using her vocals.

Enter filmmaker Ido Haar, a friend of Kutiman, who flies to New Orleans to film Princess Shaw under the guise of making a documentary on “YouTubers.” But Haar knows that Kutiman is using her vocal tracks for his new project, and he withholds that crucial bit of information from Shaw while following her around. And while it’s nothing new as far as documentaries go, it presents an interesting ethical dilemma, because Haar’s endgame, and arguably the most compelling scene in the film, is when Shaw, sitting in an outdoor cafe, hears the track that Kutiman just uploaded: her vocals, and dozens of other musicians worldwide, creating a beautiful, mesmerizing song. And while you can chide Haar for constructing this moment, there is a genuinely raw power to that scene. It is a fascinating intersection that would have Marshall McLuhan’s head spinning (or at least bellowing from beyond the grave, “This is what I’m talking about!”). Presenting Princess Shaw can be problematic in that way, but that is the way of most docs these days that aren’t history lessons or glorified hagiographies (there’s usually a bit of tampering, er, mediation). Shaw works mostly because Samantha Montgomery is such a compelling and likable character, that you want – nay need – her to succeed, and that is Haar’s ace in the hole. The film culminates with Shaw flying to Tel Aviv, where she performs a series of concerts with Kutiman and co., but then it’s back to the States, and back to her life. But even then, the film is a reminder that the Internet has a good side, a connective power above and beyond the haze of ignorance and hate that seems to permeate it these days. We could probably use a little more of that reminding. 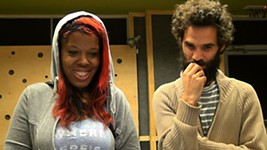