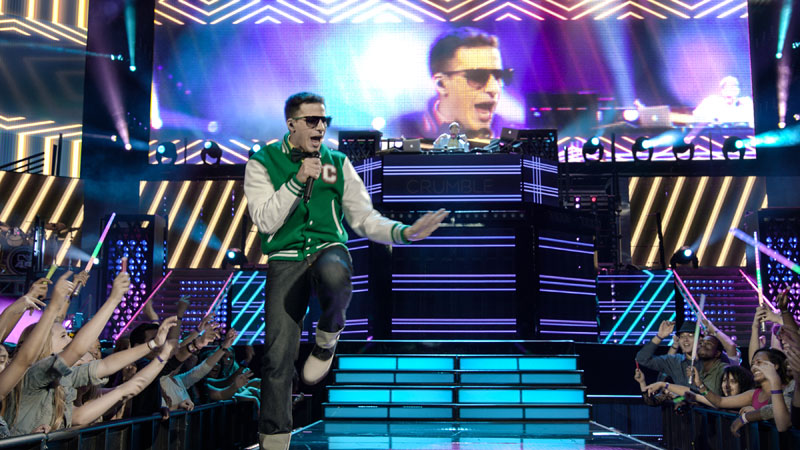 The mockumentary Popstar so accurately mimics the music biz it means to lampoon, and so faithfully reproduces the behind-the-scenes music-doc aesthetic it intends to goof, you might not see the jokes through the trees: The ego, excess, and product synergy just don’t feel all that exaggerated from pop music’s real-life absurdities. And that may be an intentional, even artful, bit of misdirection on the part of comedy trio the Lonely Island, which wrote, directed, and star in the film. Because, hard truths: Popstar’s jokes land pillow-soft.

Saturday Night Live is where Lonely Island first made their name as digital short savants. You could call their viral music videos “Lazy Sunday” and “Dick in a Box” prep work for Popstar’s feature-length ribbing of the industrial pop music machine, but nothing here touches the compact, catchy, wackadoodle brilliance of those shorts. It’s that same old saw: 90 seconds is a lot easier to fill than 90 minutes.

Andy Samberg (Brooklyn Nine-Nine) plays pop star Conner4Real, who recently and acrimoniously split with his Style Boyz bandmates (Taccone and Schaffer, who also co-directed) to embark on a solo career. It’s tempting to try to read between the lines for a meta-narrative – in real life, Samberg’s star rose faster and higher than his friends’ – but that would be making a mountain out of nary a molehill. These Lonely Island kids seem to like one another an awful lot and, in turn, are themselves so very likable. (Enough to attract a gaggle of A-list cameos, from Questlove, Nas, Usher, Seal, and Ringo Starr.) You really can’t buy this kind of goodwill. If only it paid off more. 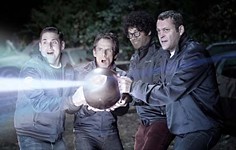 The Watch
This comedy is awfully lightweight although Richard Ayoade lends some spark to the goofy quartet. 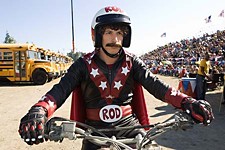 Hot Rod
Cross Napoleon Dynamite's endearing optimism with Ben Stiller's total commitment to his goofy characters, and you'll wind up with a character something like Andy Samberg's hapless stuntman.