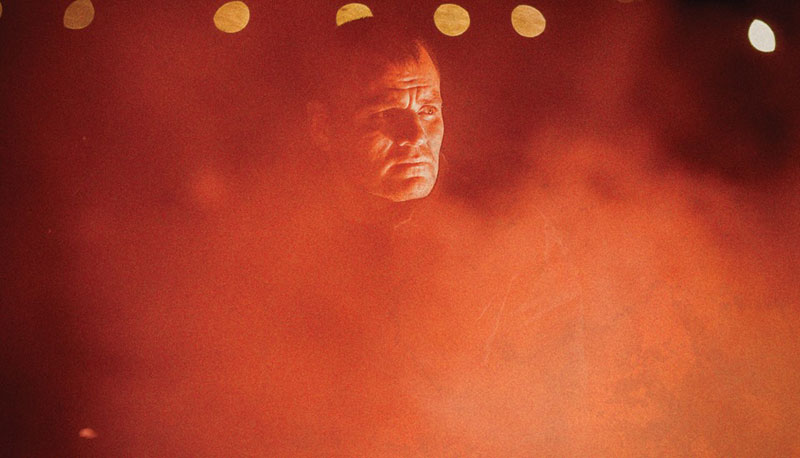 Much in the vein of recent social-justice and accountability films like 2011’s The Interrupters and Joshua Oppenheimer’s The Act of Killing and its sequel The Look of Silence, Almost Holy dives deep and dark into the mean streets of Mariupol, Ukraine, where the fall of the USSR and the alleged birth of democracy eventually resulted in anything but a more perfect union. Rampant poverty, homelessness, and, above all in this film’s documentary narrative, a veritable guerrilla army of orphaned street kids – some as young as 4 – strung out on easily available prescription opioids like codeine and Tramadol.

Enter the strapping, ex-military Pastor Gennadiy “Crocodile” Mokhnenko, partly street-rat savior and partly vigilante, who has founded an orphanage dubbed Pilgrim Republic to take in and rehabilitate as many of these abandoned children as he can. Frequently operating at cross purposes with Mariupol’s leaden bureaucracy and corrupt/ineffective police force and social services, Mokhnenko comes across like a veritable force of nature. Gruff and plainspoken, but clearly investing the entirety of himself into his self-imposed Herculean task, his successes are so daring and improbable that he eventually boasts, “I feel like Superman.” But it’s no boast, as this remarkable bear of a man does, indeed, clean up the streets, save countless young lives, and more. And then, late in the film, Vladimir Putin decides to annex Crimea. It’s one more hurdle for Crocodile to chew his way through.

Director Hoover utilizes some tricky spot-focus to draw the audience in, and the grim yet entirely appropriate score by Atticus Ross provides a perfect complement to the events unfolding onscreen. The Cross and the Switchblade it’s not; this is the reality of Ukraine today, and Crocodile Gennadiy is a badass man on a mission … from God.