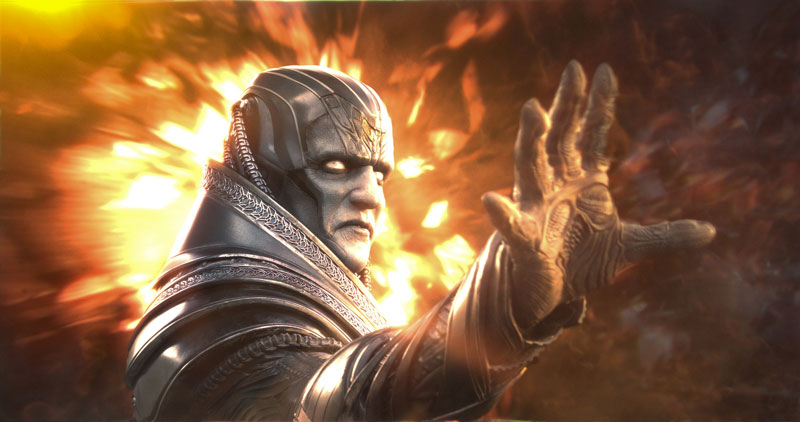 Cursory research reveals that X-Men: Apocalypse is the last superhero movie we have to deal with this summer until August's Suicide Squad – wherein Jared Leto apparently redefines what it looks like to be mentally ill at an ICP concert. So, relish the latest X-Men chapter, a franchise I have long preferred over the super-ego shenanigans and hand-wringing of The Avengers and (blasphemy alert) Guardians of the Galaxy, let alone the dour way DC is mishandling its super capes (and that's coming from an angsty Vertigo Comics kid). With a subtitle like Apocalypse, you are guaranteed some worldwide destruction (how many times can you blow up the Sydney Opera House? Infinitely, it seems). But Apocalypse never rises from the sum of its parts, becoming another bloated summer spectacle that rides the rail between fan service and coherent story. You can probably guess which side it eventually crashes on.

I could spend the rest of my word count describing the plot, but that's what shitty blogs are for. Suffice to say, ancient mutant Oscar Isaac is back from a centuries-long slumber and he does not like what he sees in the world (circa 1983: the Cold War, nuclear missiles, Russia, that whole deal). As Apocalypse, Isaac is buried under prosthetics, but that doesn't really matter, because he's a pretty nondescript villain anyway. Professor X (McAvoy) and co. must band together and stop this annihilation posthaste! Along the way, we get reboots of Storm (Shipp) and Nightcrawler (Smit-McPhee), as well as returning favorites Mystique (Lawrence), and that lovable scamp Magneto (Fassbender), here turned to the dark side by a series of events that at best feel cheap, and at worst downright sadistic.

The problem here (there, and everywhere with these superhero films) is that X-Men strikes a main plot and then feeds it with eight or so other subplots that either flash and burn to completion or just die out. Nowhere is the latter more apparent than the scenes with Jean Grey (Turner), whose appearances feel more like a prelude than an actual arc. (Sansa Stark returns as Dark Phoenix in 2018!) And while there are some stunning action sequences (of course), the film is a step back from First Class and Days of Future Past. The film flirts with the substance of a delicious main course, but ends up being an annoying succession of hors d'oeuvres that never fill you up. 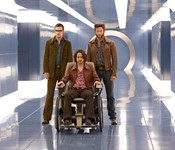 X-Men: Days of Future Past
Diverting but rarely riveting, this latest offering from the Marvel Universe kicks the can down the road some more.