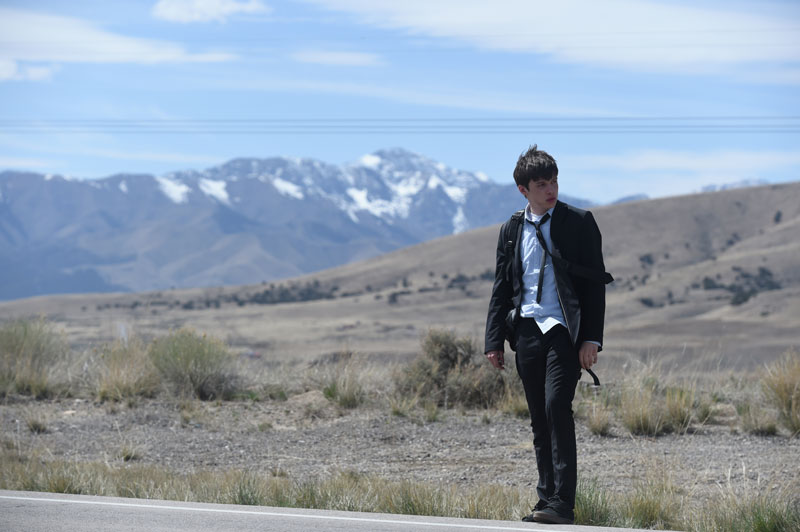 Director Rob Reiner has almost 20 feature films under his belt, including a hell of a run from 1984 to 1992 of genre-hopping, era-defining hits – This Is Spinal Tap, The Sure Thing, Stand by Me, The Princess Bride, When Harry Met Sally …, Misery, and A Few Good Men. (If you skip the misfire North, you might extend the win to 1995 for that still-satisfying softie The American President, writer Aaron Sorkin’s warm-up stretch for The West Wing.) How curious, then, that Reiner’s latest feature feels more like a TV movie – well-intentioned but unsure of itself, undistinguished.

You don’t find too many straight dramas on Reiner’s CV; they don’t play to his greatest strength, his comic touch. Surely the personal element is what drew him to this latest project, an addiction drama about hitting bottom, written by Reiner’s son Nick and Matt Elisofon (they met in rehab) and loosely based on Nick’s struggles to get clean. Nick Robinson (Jurassic World) plays Charlie, bopping in and out of rehab programs and full of rage at his father David, an actor now campaigning for the governorship of California. (Dad’s played by Cary Elwes, with a wink – David’s defining role was as a pirate, same as Elwes, immortalized as the stable boy turned Dread Pirate Roberts in The Princess Bride.) Charlie doesn’t have much faith in treatment programs (the film doesn’t either), but the threat of prison time coupled with a flirtation with a cute fellow in-patient (Saylor) convince him to make a real go at recovery.

Common, as a straight-talk drug counselor who encourages Charlie’s nascent stand-up career, and the charismatic character actor Devon Bostick, drawing focus as a “casual” drug user accidentally enabling his best friend Charlie, make an impression in their small parts. But little else does, from the bland font of the opening credits to the hit-your-mark-and-nothing-more performances of the supporting cast. (The election subplot is especially phony-feeling.) Carrying the movie, Robinson’s Charlie is emotionally remote, and neither he nor the filmmakers make much inroads on illuminating Charlie’s inner turmoil. Watching Charlie – break windows, scrub toilets, earnestly try to save someone from addiction while he’s only barely holding on to it himself – the camera captures all that. But being Charlie – what’s going on inside this angry kid’s head, what made him turn to drugs, and finally turn away – that is more elusive. And that is the film’s great disappointment: that something so clearly conceived in earnestness and from real-life, first-person experience ends up feeling, well, kinda fake. 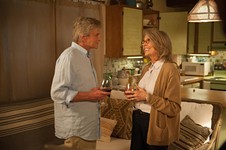 And So It Goes
Diane Keaton and Michael Douglas are ill-served by director by Rob Reiner in this odd-couple romance.