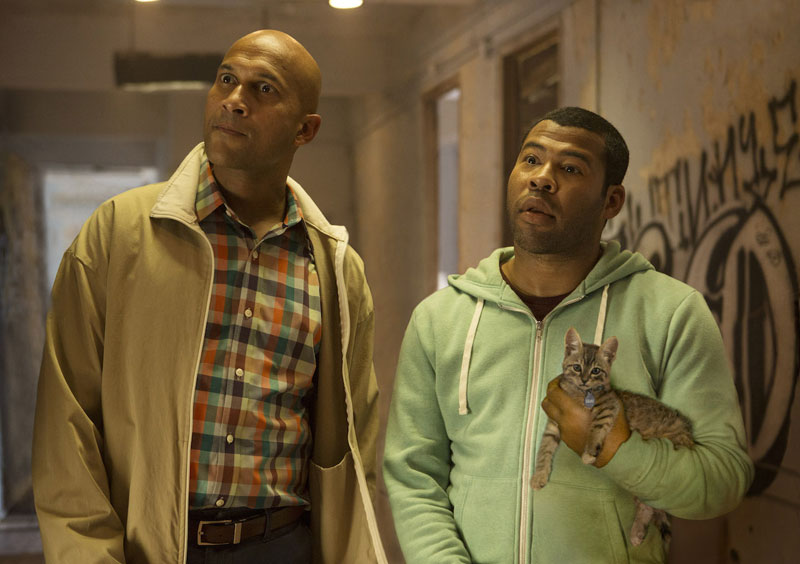 Attention all ailurophiles! For years, the canine-centric movie industry has unjustly hounded film felines, vilifying them as lazy and conniving animals unworthy of human affection. Love a cat too much and risk your life: Witness Ripley’s frantic rescue of Jonesy on the alien-doomed Nostromo, or Prim Everdeen’s perilous devotion to Buttercup in spite of the Mockingjay’s taunts. This pussy-bashing ends with the gangsta kitty movie Keanu, an off-the-chain comedy about two relatively law-abiding average Joes (former Comedy Central duo Key & Peele in their first feature film together) who pose as murderous drug dealers to rescue the kidnapped titular tabby from a life of crime. (The kitten’s mascot accessories – a cholo-style black bandanna atop his head, gold medallions collared around his neck – are no doubt lifted from some Internet meme gone viral.) The running joke here is that no one can resist this adorable little furball, not even the most vicious of criminal kingpins and cold-blooded killers. Awwwww. No hissing or spitting from this sweet baby tom, just one big purr occasionally drowned out by a volley of bullets from semi-automatic weaponry or the N-word peppered in everyday thug jargon. Lassie Come Home, this ain’t.

With its unconventional take on pet sounds, Keanu is refreshingly silly, an unabashed mix of humor and violence topped off by a big dollop of cuteness. Even when it drags, the movie keeps your attention: How much crazier can this get? (A cameo appearance by Faris as a crazed, substance-snorting version of herself wielding a samurai sword is fucked-up funny.) The small-screen chemistry of the two comic leads translates seamlessly to the big screen – these guys not only complete each other’s sentences, they cross each other’s T’s and dot each other’s I’s – even when the movie begins to feel like an extended skit from their television show. Key and Peele appear to have a great time playing ruthless hit men modeled on multiple viewings of New Jack City; they not only relish the film’s sense of the absurd, they thrive on it. (Listening to George Michael’s “Father Figure” will never be the same again.) When the plot takes a more orthodox turn (yes, a love interest), its implausibility peaks, but no worries. The movie never settles into complacency for very long. Even if it did, one look at its furry fella running and leaping in slo-mo as gunfire explodes around him, escaping to safety with all nine lives intact, and you won’t care about irrelevant things like narrative credibility or consistency. No, you’ll be focused on one thing and one thing only. You’re gonna be smitten kittens over Keanu. 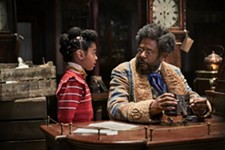