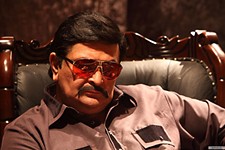 Namastey London
Bollywood film about a British girl torn between an arranged marriage in India and her boyfriend back in England.