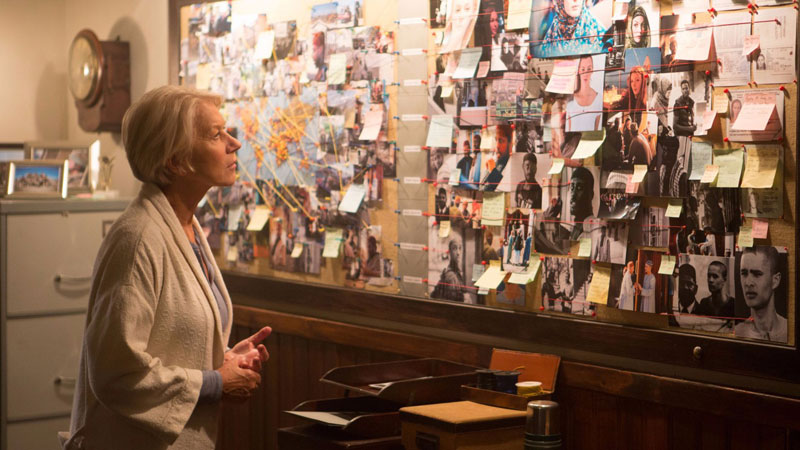 Eye in the Sky

This slick new UK thriller from veteran director Hood (Ender’s Game, X-Men Origins: Wolverine, Tsotsi) is, alas, one of the last films from the wonderful Alan Rickman (that’d be either Professor Severus Snape or Hans Gruber, depending on your age and/or geek quotient). Anyway, he does his usual subtle, serpentine boil-over as Lt. General Frank Benson of the British army. I’m loath to pigeonhole this absolutely riveting, edge-of-your-seat movie to a single-sentence simplification, but it’s basically 12 Angry Men meets Fail Safe as viewed through the kaleidoscopic moral and military lens of modern drone warfare. Hood’s masterful film – written by Guy Hibbert – untangles an extremely knotty, albeit daily military event in the war on terror and humanizes every terrible element of it. Remarkable.

The always reliable Mirren is UK-based Colonel Katherine Powell, in charge of a joint British and American drone program operating in the skies over a fictional Middle Eastern country. When her Reaper drone’s “eye in the sky,” which is operated a continent away by a USAF pilot (Paul) and his rookie partner, spots the No. 4 and No. 5 most wanted on America’s terrorist watch list, the stage is set for death from above 2016. But wait – a little girl (cherubic Takow) selling bread wanders into the range of the drone’s “kill radius,” thereby violating UK law on killing known noncombatants in drone operations. As various legal and military entities on both sides of the Atlantic squabble over the ethical equivalent of that old Spockian saw “the needs of the many outweigh the needs of the few, or the one,” a pair of suicide bombers – also in the targeted house – are strapping on and videotaping their final jihad proclamations. Eye in the Sky maintains nerve-racking suspense throughout its running time and explicates some of the unknown nuances of drone warfare. Plus, you know, Alan Rickman is reason enough to see it. 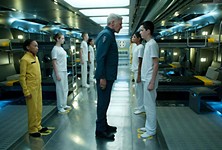