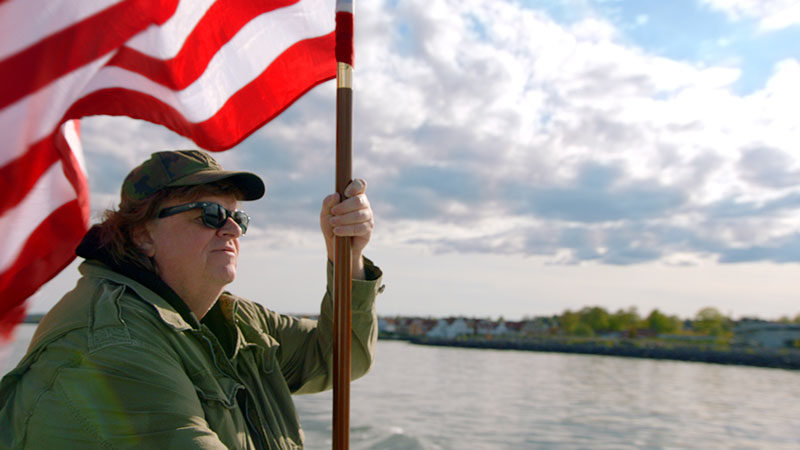 Where to Invade Next

Documentary provocateur and smart-alecky, social-justice journalist Michael Moore has been absent from theatres for going on six years now. His last feature, 2009’s Capitalism: A Love Story found the Michigan native so mired in polemics that he sucked all the fun out of his own movie. Where to Invade Next is a return to form, albeit a humorously kinder, gentler, and frankly more inquisitive outing than anything Moore has done since his Cannes Film Festival Palme d’Or-winning Fahrenheit 9/11.

Moore’s conceit this time out is to travel to various countries around the world – France, Finland, Slovenia, Italy, et al. – where different aspects of social utopianism and progressive programs are actually working, and then “claim” them in name of the United States of America. (Amusingly, he does a lot of Stars and Stripes flag-planting wherever he goes.) Part travelogue and part primer on how the U.S. could shake things up in order to realize healthier and more productive lives for its citizenry, Where to Invade Next eschews the director’s increasingly acerbic tirades and instead focuses on possible solutions, a welcome respite, indeed, given the amount of social woes on the home front of late and the waning notion of American exceptionalism.

Moore visits France, where elementary school children reap the benefits of their country’s love affair with food via four-course lunchtime meals that feature locally sourced meats and vegetables. Compared to the more costly yet far less healthy meals served in nearly all American school cafeterias (pink slime, anyone?), the French have – perhaps not surprisingly – created a system that introduces their offspring to good eating habits early on. Moore also highlights the country’s excellent high school sex-education classes – France has one of the lowest teen pregnancy rates in the world – but that’s one ideal that may never catch on in these Puritan-founded United States.

From there, Moore’s invasion sweeps across the European theatre to Slovenia (free college tuition for all), Italy (a full month of paid vacation per worker per year, plus 15 days off for honeymoons), and Finland, where schools have eliminated homework, cut classroom hours, and downgraded standardized testing to near nonexistence, resulting in an educational system that is among the best in the world. And so it goes, from nation to nation, with Moore cobbling together the best bits of high-minded social structure and resourcefulness into an idealized takeaway that our own country could certainly benefit from. This new, more optimistic iteration of the previously shrill and often angry polemicist Moore is welcome. As noted in the film, negativity – and a huge military/industrial complex, like our own – breeds more negativity, blinding us to the obvious solutions that so many other countries in the world have pursued and now take for granted. Where to Invade Next posits those solutions as part and parcel of the American dream. Now all America has to do is wake up. 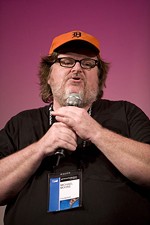 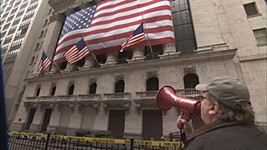 Capitalism: A Love Story
Michael Moore wants to know where our money went.

Where to Invade Next, Michael Moore