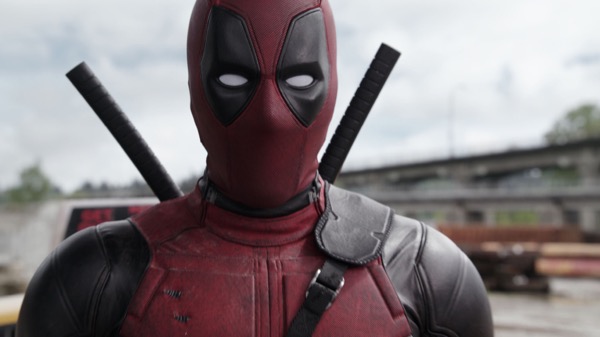 Loaded with sass, sex, and sadistic violence, Deadpool is not your youngster’s comic-book origin story. Deadpool earns every bit of its R rating, a quality that’s sure to appeal to fans weary of the macho, apple-pie-eating, altruistic superheroes who buck for attention in the comic-book stables. Ryan Reynolds’ Deadpool is, in his own words, “super, but no hero.” He’s a chump-change mercenary and former Special Forces soldier (“a bad guy who fucks up worse guys”), who acquires self-regenerating powers and a horrific visage after succumbing to a purported treatment for late-stage cancer.

The film is as postmodernly self-referential as it can get, which should be a hoot for the average viewer and nirvana for connoisseurs of the Marvel Universe. The opening credits immediately attune viewers to the movie’s sensibilities, with listings for such characters as “a British villain,” “a moody teen,” and “a gratuitous cameo,” as well as “asshat” producers and an “overpaid tool” as the director. Littered throughout the film are inside jokes about pop culture and Marvel: Background items as People’s Sexiest Man Alive cover featuring Ryan Reynolds shows up in scenes and references to Deadpool’s potholed path to the screen are there for the taking for those in the know. The conventions of fourth-wall drama are broken with regularity, and in case their novelty slips by the viewer, Deadpool calls out to the audience the moment he breaks a fourth-wall convention within another rupture, exponentially shattering 16 walls. Those who are accustomed to having their comic-book heroes painted as square-jawed paragons will enjoy the deconstruction; viewers more at home with postmodern dislocations may count themselves among the less-impressed.

Reynolds (no stranger to the comics world, having previously appeared as the Green Lantern and as Wade Wilson, Deadpool’s mortal former self in X-Men Origins: Wolverine) is perfectly cast as the wisecracking Deadpool. Yet when the character’s constant asides go beyond the matters at hand (as when the action pauses for him to wonder irrelevantly whether he left the oven on back home) can get to be a bit much. Wade’s love affair with strip-club worker Vanessa (Baccarin) is delightfully portrayed, but leave the kids at home if you don’t want to explain what Vanessa and Wade do with a strap-on dildo on International Women’s Day. T.J. Miller, described in the opening credits as “the comic relief” is shortchanged by the already quip-heavy film, as the two mutants that join Deadpool’s escapade seem like token representations from the vast Marvel Universe. Leslie Uggams, however, as Deadpool’s blind landlady and companion, makes a singular impression and arouses curiosity about why she doesn’t appear onscreen with great regularity.

Many sequences go on for too long. The torture doled out by Ajax (Skrein), which turns the cancer-riddled loverboy Wade Wilson into the hideously deformed, immortal Deadpool, could take up a fraction of its time and still have the same effect. So, too, for the climactic battle that simply becomes a ceaseless slugfest. With a character like Deadpool, words alone can be deadly.