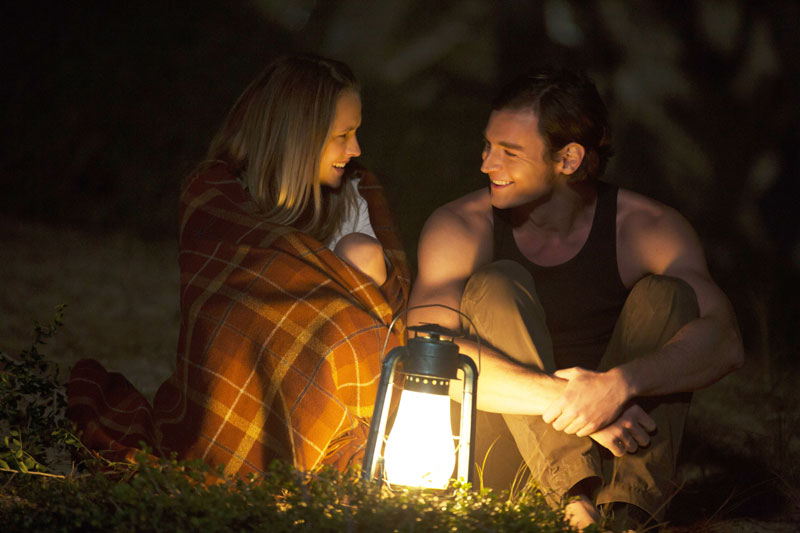 The 11th film adaptation of a novel by bestselling author Nicholas Sparks scales new heights of mediocrity and then some. For Sparks’ fan base, which is plentiful, that may well be a good thing, reassuring even, but anyone expecting any deviations from the established beats and formulaic narratives of previous movies based on Sparks’ stories isn’t likely to come away satisfied. Granted, 2004’s The Notebook established the author’s romantic-drama credentials and created a cinematic subgenre unto itself (Nights in Rodanthe, The Last Song, etc.) but The Choice, scripted by Bryan Sipe, is so patently obvious in its attempts to manipulate emotions that it becomes as bland and cookie-cutter as background static. The unnecessary narration that bookends the film doesn’t help matters; it telegraphs the third act’s weepy(ish) conflict/resolution so far ahead that viewer’s decision to stick around for the predictable denouement is sorely tested.

It doesn’t help matters that the leads Teresa Palmer (Warm Bodies) and former Abraham Lincoln: Vampire Hunter Benjamin Walker fail to kick up enough, um, sparks to kindle a hurricane lantern. She’s Gabby, a promising young medical resident from Charleston who moves next door to the cocksure Travis Parker (Walker), a babe-magnet veterinarian with commitment issues who lives on an postcard-perfect island off the coast of North Carolina. The pair meet cute, flirt and spar, and fall for each other, leaving her intended (Welling) in the dust. Their future looks bright, but there wouldn’t be a movie – or a novel – without some sort of tragic deus ex machina to signal Kleenex time, and The Choice’s rain-slicked misfortune is gratingly apparent well ahead of impact.

Tom Wilkinson manages a decent turn as the Parker clan’s sage paterfamilias, ignoring his own romantic advice in the wake of his wife’s death, but Welling appears to have wandered into his role directly from a random episode of As the World Turns, and really, how many times does an audience need to be reminded that “life is all about choices?” Choose wisely: Go back and re-watch Nick Cassavetes’ vastly superior The Notebook and steer clear of director Ross Katz’s grindingly dull, Valentine’s Day folly. 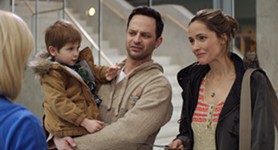 Adult Beginners
After failing in enterprise, a man returns to his childhood home