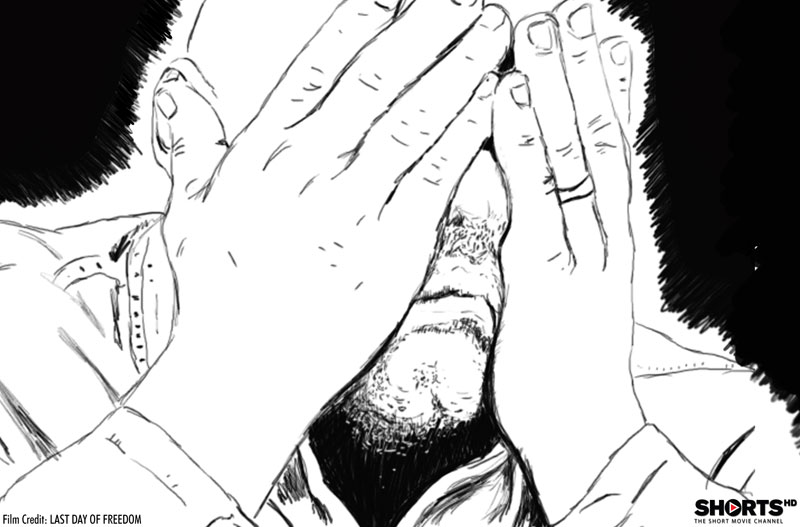 While the uproar over the lack of diversity at the Oscars grabs all the headlines as awards season fully blooms, the long view is that this is a perennial and systemic issue that has always been there; it just wasn’t mentioned in polite, celebrity-heavy company, much like talking about your children at parties. Alas, there is plenty of diversity in the Short Documentary nominees, but make no mistake, that is not a good thing. The docs nominated showcase a spectrum of ways in which a society can marginalize, punish, and outright slaughter people of various ethnic backgrounds. Due to some extended running times, the nominees have been collated into two programs. Let’s get started, shall we?

David Darg’s “Body Team 12” follows Garmai Sumo as she, along with her fellow Red Cross workers, remove dead bodies at the height of an Ebola outbreak in Liberia. It is, more often than not, thankless work, as family members clash with the medical professionals, wanting to bury their loved ones who are bound for the pyres in order to stop (or at least quell) the epidemic. As harrowing as her job may be, Sumo retains a humanity that Darg’s camera captures vividly. The shortest doc of the lot, “Body Team 12” is ground-level documenting at its finest.

”Last Day of Freedom” by Dee Hibbert-Jones and Nomi Talisman is a lovingly animated doc that tells the story of Manuel Babbitt, a homeless man who was convicted and executed for killing a woman during a burglary in 1980. The film is told through his brother Bill’s recollection of events, with the expressionistic rotoscoping animation visualizing the ordeal Manuel went through. Two tours of Vietnam, undiagnosed mental illness and PTSD, years living on the street, and a defense attorney who was drunk through much of the trial, “Last Day of Freedom” rightly sparks outrage, but feels like a story that is (un)told time and time again, and that’s where its power lies.

Feeling worn down? Well, you ain’t seen nothing yet. Sharmeen Obaid-Chinoy’s “A Girl in the River: The Price of Forgiveness” is the story of an 18-year-old Pakistani girl who was shot in the face, thrown in a river, and left for dead by her father and uncle after she eloped with her boyfriend. After dragging herself to a nearby gas station, she takes refuge with her husband’s family as her father and uncle are arrested and a trial is set. But in a society where women are secondary citizens with an immense social disadvantage, the pressure of the community for the girl to forgive the men (and thus negate their heinous crime) leads to her family members being released and exonerated from any wrongdoing. It is a maddening and horrific ending to a story that is unfortunately as commonplace in Pakistan as the shooting of African-Americans are in the U.S., with the lack of justice being the through line here.