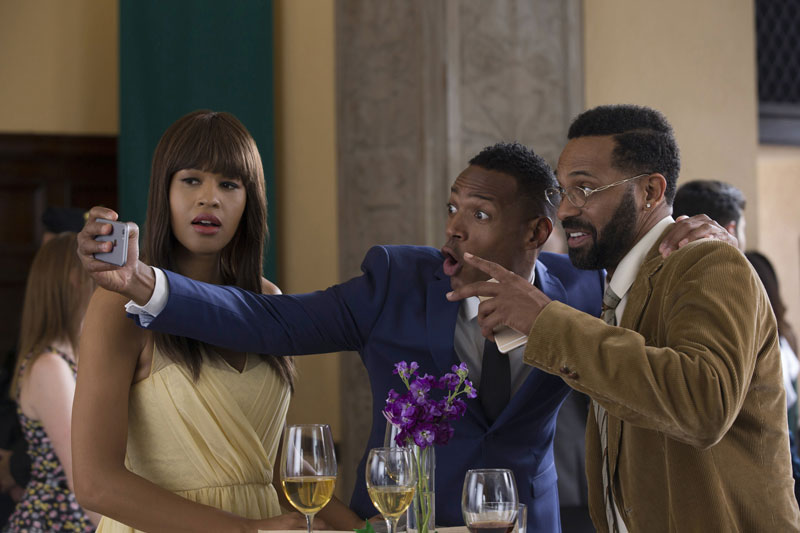 It’s too bad the sexual subject matter of this Marlon Wayans’ spoof earns it an R rating because, truth be told, there would be no better audience for its smutty sight gags and overt raunch than a theatre full of prepubescent boys. Adults may respond with a laugh every once in a while, but they’re unlikely to find Fifty Shades of Black a nonstop titter fest.

Wayans didn’t have to scratch too deeply into the zeitgeist to come up with this racially tinged parody of Fifty Shades of Grey. The film is also very of-the-moment with its references to such things as Whiplash, Magic Mike, #BlackLivesMatter, and the last Ronda Rousey title fight. And like most spoofs, which Wayans (Scary Movie and Haunted House series) seems to have staked his film career on, Fifty Shades of Black is more a series of scenes or set-pieces, rather than a fluid narrative. You can count on frequent fake penis displays, be they of the Dirk Diggler or Ken doll variety, and lots of mimed coitus. (Kudos, however, to the trainer who delivered Wayans those washboard abs.) The film faithfully and mockingly follows the book’s key scenes, but the satire is broad and too dopey to really be lascivious. Special mockery is reserved for Kateesha (Zigrino), the fat white girl who talks like a foul-mouthed black girl, as well as Florence Henderson’s cougar and Jane Seymour’s racist mom. Kali Hawk as Hannah Steale comes through like a capable good sport in the female lead role and Wayans as her co-star and the film’s co-scripter will continue to avoid slipping on the banana peels on the road to his next spoof.

A Haunted House 2
More horror/comedy in the Marlon Wayans vein. 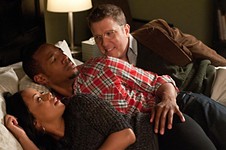