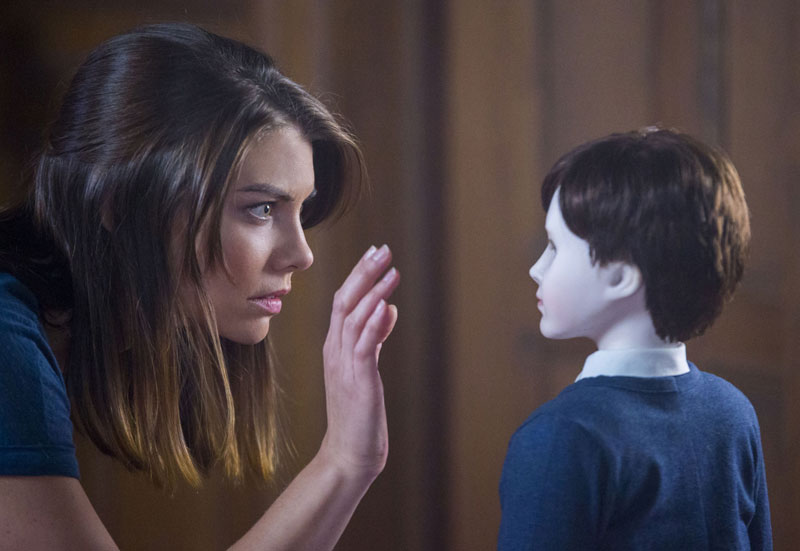 Another day, another evil doll, another nanny in trouble. It’s a wonder people even buy life-size human effigies anymore (apart from those Japanese RealDolls for intimate, home use). And yet The Boy manages to creepy-crawl into your head and stick around considerably longer than expected, thanks to some evocative art direction, production design, and Bear McCreary’s string-laden spook-show score. This is one of those increasingly rare horror films that can get by on foggy old Victorian atmospherics alone. At least, that is, up to its ridiculous third act, wherein director Bell (The Devil Inside) and screenwriter Stacey Menear attempt an elaborate “gotcha” reveal that immediately and annoyingly squanders all the suspense generated to that point. It’s superior to the low-grade scares of Annabelle from 2013’s The Conjuring but it never manages to get anywhere near the eerie-manikin gold standard of 1945’s The Dead of Night or Richard Attenborough’s 1978 brain-melter Magic.

The Walking Dead’s Cohan is well-cast as Greta, a young woman who has moved from Montana to England, seeking to disentangle herself from an abusive relationship. She shows up at a formidable, rambling manse owned by Mr. and Mrs. Heelshire (Norton and Hardcastle) in the position of nanny to the Heelshires’ young son Brahms. The kicker is that the nicely dotty Heelshires’ offspring is a doll, apparently designed to manage their grief over losing their flesh-and-blood son in a mysterious fire years before. The two oldsters give Greta a list of dos and don’ts regarding their porcelain un-child and head off on a much-needed vacation. Brahms, however, refuses to stay put. In a standard series of jump scares and mirror shots, Greta and her new friend and grocer/potential suitor Malcolm (Evans, late of Amazon’s The Man in the High Castle) attempt to figure out the doll’s backstory, and whether or not the supernatural is truly involved.

Bell concocts a handful of clever, disturbing sequences of the barely-glimpsed Brahms being a naughty little imp, but The Boy’s overriding concern is telegraphed enough in advance that fans of Gothic suspense will almost certainly have guessed it 45 minutes in. Atmosphere is key, of course – just ask Guillermo del Toro, cinema’s reigning king of shadows – but The Boy only has enough outré set-pieces and creakiness to keep it creeping you out for just so long. In the end, it’s just another spooky doll movie that fails to fall far enough into the darkness. 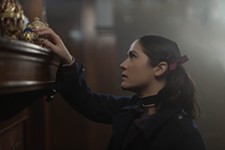 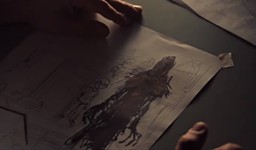