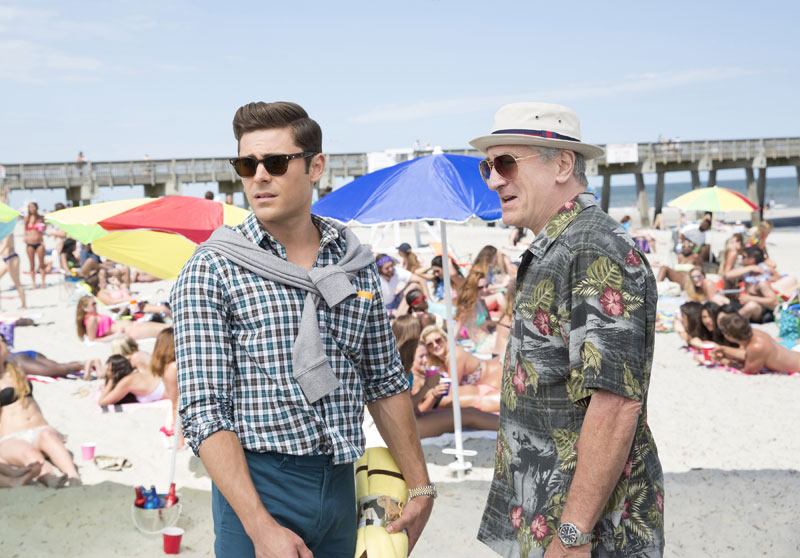 Should the title of the film prove elusive in conjuring up what you might be getting yourself into should you stumble into a screening of Dirty Grandpa, here are some things you can expect: never-ending dick/pussy (both definitions) jokes, a running gag in which Zac Efron keeps being referred to as a lesbian (he's very pretty), the milieu of Daytona Beach at spring break and all that it implies, and a penchant for that wonderfully overused comedy gag of stereotyping a character only to reveal that they are not that stereotype at all (but only for a punch line, then they revert back to said stereotype). There are also penises on display, a trend I can see studio executives believing to be some sort of balancing of the gender scales with regard to nudity in film, but that is utter fucking bollocks (pardon the pun). Dirty Grandpa wants to be a vulgar, raunchy comedy à la The Hangover (you have much to answer for, Todd Phillips) that desperately tries to elicit that "Oh no, they didn't!" vibe. It is instead a sad and, in the end, utterly sappy affair that recycles the same checklist of tropes that lulls audiences into thinking they are watching an edgy comedy.

Efron plays Jason, a nebbishy corporate lawyer engaged to henpecking bridezilla Meredith (Hough). Grandpa Dick (De Niro) – whose wife of 40 years has just died – hijacks Jason for a road trip to Florida. Bad behavior ensues, and that's about it. Dirty Grandpa is like that drunk guy at a party who corners you, shooting an endless litany of raunchy and offensive jokes until you finally laugh. It is comedy as pummel, wearing you down until finally you gasp, “Uncle!”