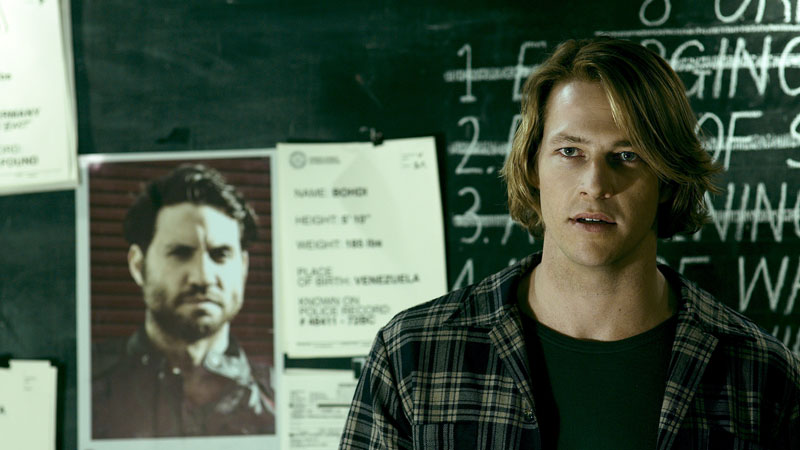 Although using the same title, this remake of the 1991 cult classic directed by Kathryn Bigelow is essentially an extreme-sports showcase gussied up as a narrative film. Don’t be deceived, though: To use a phrase made popular during a previous election cycle, gussying up this iteration of the film is like putting lipstick on a pig. Even the Jackass crew have demonstrated better storytelling capabilities when folding their stunts into feature films.

Using essentially the same broad plot outline as the original, the surfer crew who robbed banks while donned in disguising masks of ex U.S. presidents have morphed in this version into extreme athletes who surf, motocross, snowboard, rock-climb, and base-jump in flying wingsuits. Like the original ringleader Bodhi (who was played by Patrick Swayze as a surfing Siddhartha), the new Bodhi (Édgar Ramírez) also seeks enlightenment, but this Bodhi’s path involves some mumbo-jumbo called the Ozaki 8 and eco-warrior ideals that promote the boosting of wealth and redistribution to the poor. Luke Bracey plays the newly minted FBI agent Johnny Utah who figures out the racket and infiltrates the group of extreme swindler/athletes. Bracey’s colorless performance makes you long for the rough-hewn presence and idiosyncratic line delivery of Keanu Reeves, who played Utah in the original (a desire that caught me quite be surprise).

It’s not that Bigelow’s original is a dramatic masterpiece – the plot is really quite goofy, but in between the silly dialogue comes magnificent action footage – kinetic, dynamic surfing sequences, bank robberies, shoot-outs, et al. Director Ericson Core also served as the cinematographer on this remake, which is the field he started in before branching into directing. Core might be wise to hire someone else on his next film as his Point Break offers no visual flourish. Yet the primary things missing from this remake are the characters’ emotional underpinnings and philosophical musings. The original was indeed ludicrous, but it exuded warmth, vitality, and belief in itself. The 2.0 update splashes up on shore DOA. 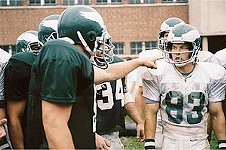 Invincible
Mark Wahlberg plays footballer Vincent Papale in this story about how he captured a spot on the Philadelphia Eagles team in an open tryout.