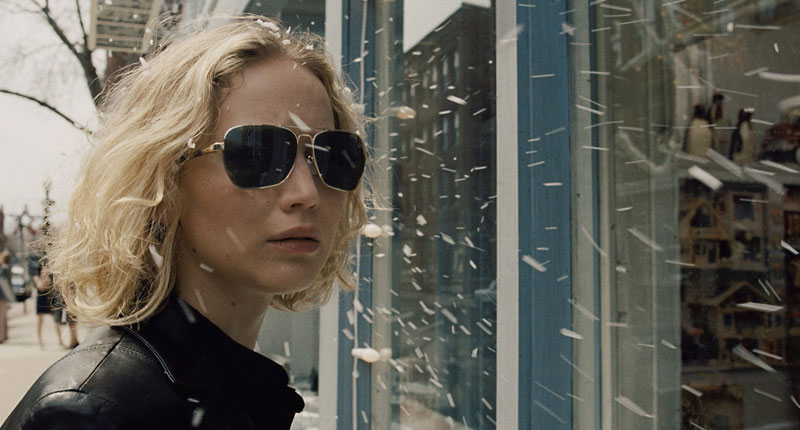 The road to self-realization is a bumpy one in the uneven Joy, the feministic biopic about single mother and family caretaker Joy Mangano, the Long Island entrepreneur who invented the self-wringing Miracle Mop and other household products that feed a hungry American consumerism suckled on cable TV home-shopping networks. From the outset, you’re frequently reminded of this young woman’s unfulfilled dreams in narration lovingly voiced by her compassionate grandmother (Ladd, who effortlessly exudes maternal affection), with words like “strong” and “independent” repeated so often they imprint in your mind like trigger commands used to brainwash the dull-witted. This is not a subtle movie, a surprising anomaly in director and screenwriter Russell’s otherwise sly and slightly subversive body of work (American Hustle, Silver Linings Playbook, Three Kings). The ups and downs of Joy’s journey to personal and professional self-fulfillment may wear you down – the film upends the fantasy of overnight success – but they only serve to make its spunky heroine more determined to achieve her final goal. Hear her roar! At its best, Joy celebrates the passage of a demoralized woman who finds the steel in her spine. At its worst, it panders in the name of female empowerment, occasionally delivering moments of pseudo-inspiration that ring so falsely it’s difficult to hear anything else.

That said, Joy has two things going for it. First, Russell ratchets up the familial dysfunction here to a hilarious (and sometimes painful) degree. Joy’s screw-loose household is something out of a warped version of You Can’t Take It With You: an abrasive father (De Niro) who periodically crashes (in more than one sense of the word) there when his wife-du-jour throws him out; a reclusive mother (Madsen) who does nothing but watch soap operas in her bedroom all day while inexplicably dressed like a Sixties socialite; an ex-husband (Ramírez) from Venezuela who lives in the basement, where he practices his nightclub act; and the aforementioned supportive family matriarch and two children (one of whom is barely glimpsed) who preserve her sanity in an otherwise insane situation. And outside her double-mortgaged home, there’s a ferociously jealous sister who personifies sibling rivalry (Röhm) and a wealthy oddball Italian widow who underwrites the initial venture (Rossellini). The family ties portrayed here not only bind but nearly strangle Joy, so it’s no surprise that the film’s most satisfying (if not entirely truthful) moment comes when she pops off a few impromptu rounds at a shooting range conveniently located next to her father’s place of business, following a particularly trying encounter with her relatives.

And then, of course, there’s Jennifer Lawrence. If there remained any question whether this talented, mesmerizing actress is a star, Joy definitively confirms she is and more. Lawrence could read the phone book onscreen and still hold your rapt attention. The film showcases the remarkable way she can command a movie, even when it gets sidetracked. Her focus never wavers in bringing out the best of this version of the American dream. What a joy for any moviegoer to witness. 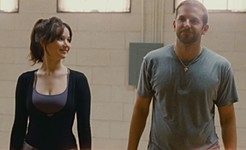