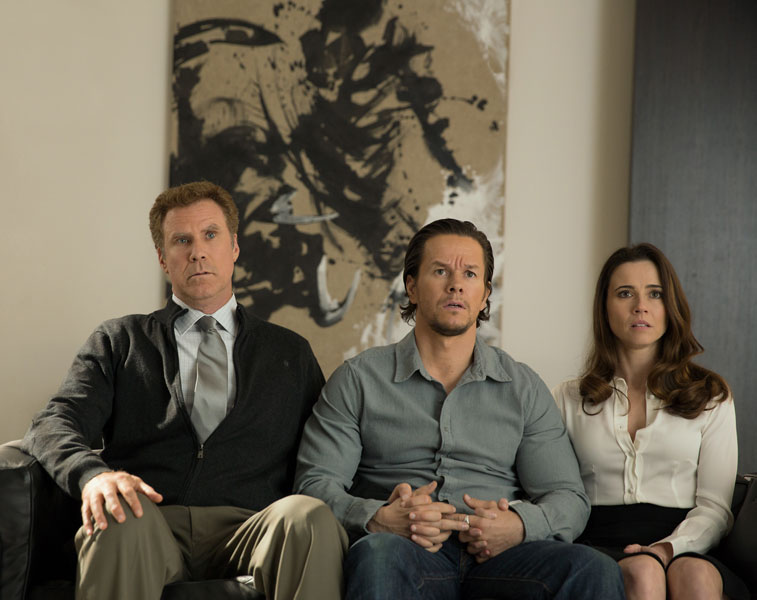 Stepdad Brad (Ferrell) and biological dad Dusty (Wahlberg) vie for the hearts and minds of two tykes, Megan (Estevez) and Dylan (Vaccaro), and their mom Sarah (Cardellini) in this tired but serviceable family comedy. The two dads are worlds apart, each man offering characteristics that the other one lacks. Brad is an involved dad who packs the kids’ lunches, drives them to school, and teaches Sunday School, while Dusty is the rakish mystery man who returns to reclaim his former life after many years away. Brad works at a smooth jazz radio station, and was rendered sterile by an errant dental X-ray. “If Jesse James and Mick Jagger had a baby” is the way the frequently shirtless Dusty is described. These two opposites would be a formulaic snooze were it not for the pleasant chemistry shared by Ferrell and Wahlberg, who reunite for Daddy’s Home following the success of their mismatched detectives routine in the 2010 action comedy The Other Guys.

Daddy’s Home is one of those comedies that is not terribly good, but not nearly as terrible as it might have been. The chemistry between the two leading men is palpable, Ferrell’s flab practically bouncing off Wahlberg’s six-pack in a comfortable give-and-take. Cardellini, as always, provides sturdy ballast to the two male egos, and the kids rarely cross the line into too-cute. Other supporting players, such as Thomas Haden Church as Brad’s boss at the radio station, Bobby Cannavale as a fertility doctor, and Hannibal Buress as the household’s uninvited layabout don’t fare as well, delivering barely amusing asides that feel tangential to the basic plot. And the plot is pretty basic: Following the setup, each man tries to show up the other. Why Dusty tosses aside his gallivanting days in the hope of becoming a domestic paragon is left unexplored. This intrinsic lack of psychology or realism is the same reason Daddy’s Home can wend its way toward a happy ending. There’s never a surfeit of fathers in this world. How’s that for escapism? 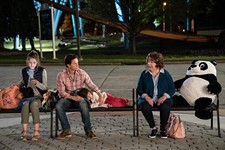 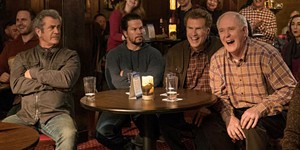