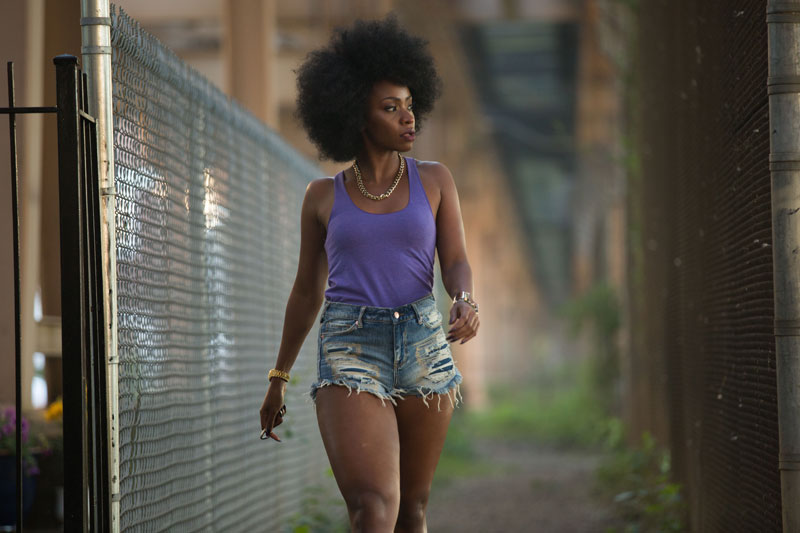 Spike Lee does the right thing in Chi-Raq: The filmmaker gives us a movie that’s drenched in the moment, one that’s born in outrage yet slathered in history. It speaks in a contemporary tongue while echoing ancient conversations. It is Lee’s most vibrant work in nearly a decade, a film that gives the impression of having risen forcefully to the surface from the pressure cooker of the present. Chi-Raq, the movie, has been a subject in the news well before it was an option in our movie theatres. It lobs a direct assault against our country’s gun culture and its repercussions in the horrific kill zone of Chicago. “This is an emergency,” shouts Chi-Raq.

Donned in camouflage hot pants, Lysistrata (Parris) leads the call to arms. Lee and Chi-Raq co-writer and producer Kevin Willmott (C.S.A.: The Confederate States of America) have fashioned their cri de coeur about the rampant and ever-increasing numbers of murders in the city of Chicago after Aristophanes’ comedy from 411 BC, Lysistrata, though also through the real-life example of Leymah Gbowee, whose 2003 sex strike in Liberia helped end that country’s civil war. Lysistrata is the girlfriend of rapper and Spartan gang leader Chi-Raq (Cannon, revealing a hard edge we’ve never associated with his work), who is at war with the Trojans, a gang led by the bedazzled eye patch-wearing Cyclops (Snipes, in fine form). (Characters in wheelchairs and adult diapers, and victims bearing other life-altering scars, are seen in abundance in this film – reminders of their unluckier comrades, killed in battle.) Initially, Lysistrata accepts all the crossfire in her Englewood section of town as par for the course, but the senseless death of a preteen girl by a stray bullet spurs her to action. Reflecting her namesake, Lysistrata unites the area’s women – all the Spartan and Trojan girlfriends, churchwomen and professional women, prostitutes and pole dancers (Dave Chappelle hilariously returns to the screen here as a stymied club owner). “No peace, no pussy,” is their battle cry.

Chi-Raq constantly shifts tones from comedy to drama and back again, while most of its dialogue is delivered in rhyming couplets. The transitions can sometimes be bumpy, but never when Samuel L. Jackson pops up as nattily dressed and off-color one-man Greek chorus. Certain sequences (such as the women’s takeover of the armory from a buffoon general in Confederate boxer shorts or the blustery buffoonery of D.B. Sweeney’s mayor) don’t work as well – or coherently – as others, but the filmmakers’ anger, humor, and passion always come through clearly – never more so than during the eulogy for the dead girl delivered by Father Mike Corridan (Cusack, standing in for the real-life movement leader Father Michael Pfleger). Chi-Raq is not a state of mind or the slang moniker for a place: It is the battle cry of the moment. 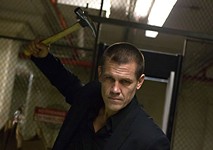 Oldboy
Spike Lee maintains the shuddery, visceral punch of the South Korean original, but something gets lost in translation.