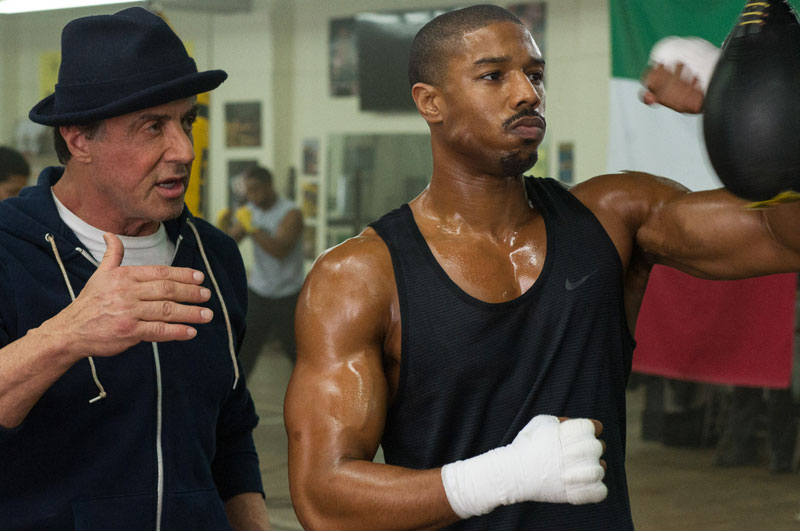 The underdog winner Rocky Balboa, a character who’s become part of the American mythos ever since Rocky debuted in 1976, has managed a difficult movie task in Creed: He ages gracefully and passes the torch to a new generation. Sylvester Stallone’s creation has boxed on through five more iterations of the Rocky saga as the heavyweight champ fought for glory, revenge, America, or whatever motivation was handy. Yet none of the subsequent chapters carried the same emotional satisfaction as the original Rocky – until now, with Creed, whose very title signals a new start and unwillingness to settle for being simply Rocky VII.

Stallone is in fine form in Creed – as an actor, though not as a boxer. Shrewdly, he never dons the gloves or spars in the ring with his protégé Adonis Johnson Creed (Jordan). He more or less acts his age, which, sadly, is a rare thing among American actors, yet he still manages to imbue the character with full heart and salt-of-the-earth demeanor and speech that endeared him to us in the first place. Yo!

However, the infusion of new energy and points of departure is due to the efforts of Ryan Coogler, the director and co-screenwriter (with Aaron Covington), and star Michael B. Jordan, who reunited for this picture following their attention-grabbing breakthrough film Fruitvale Station in 2013. Jordan plays the illegitimate son of Apollo Creed (Carl Weathers) who died in the ring in Rocky IV before Adonis was born. That was in 1985, and though Creed fudges a bit with Adonis’ age (30 seems a bit old to begin a boxing career), the natural aptitude that is his birthright more than sells the concept. Eager, determined, and fully belonging to a new era, Adonis (aka Donny) wants to succeed on his own merits, rather than as the son of a legend. He begins fighting under his adopted mother’s surname, and quits his white-collar job as the movie begins to move to Philadelphia, where he plans to convince Rocky Balboa to be his trainer. This takes more than a little badgering, which gives Adonis time to start up a romance with singer Bianca (Thompson, from Dear White People).

For all its freshness, however, Creed still conforms to the familiar formula of a boxer’s rise, beginnings of self-doubt, recovery of self-conviction, and ultimate triumph. But the performances are lovely, and Maryse Alberti’s cinematography, especially in the fight sequences, is deft and dynamic. Little touches add to the film’s authenticity: Adonis braiding Bianca’s hair while they hang out talking in bed; Bianca’s hearing aids, which resist becoming a plot point (although the character could have sustained a little more depth); Adonis’ all-too-human pre-fight jitters; and Rocky’s trips to the cemetery to read the newspaper in the company of Adrian and Paulie’s headstones. Creed isn’t a complete TKO, but it goes all 12 rounds with vitality and flourish. 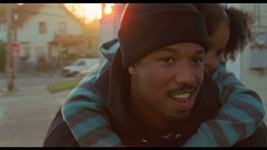