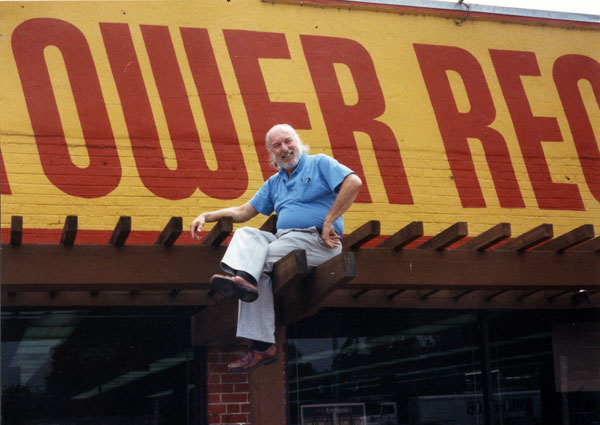 Nostalgic yet informative, the documentary All Things Must Pass by actor-turned-director Colin Hanks presents a lively history of the rise and fall of Tower Records. At once a celebratory history and cautionary tale, the film is steeped in the cultural legacy of our recent past. Record stores rode the crest of the baby boomers’ love affair with music and the explosion of vinyl, only to find their business plans and brick-and-mortar footprints challenged by the digital revolution in music delivery.

Hanks is fortunate to have at the heart of his documentary the irrepressible founder of Tower Records, Russ Solomon. The octogenarian’s recollections are supplemented with those of key employees and a wealth of well-chosen archival photos. At the heart of the story is the Tower Records ethos that guided Solomon and his devoted staff as it grew from a single store in Sacramento, Calif., to a worldwide enterprise. Music devotees were turned into knowledgeable employees, while the business’ growth was underwritten by the young consumers of the Sixties and Seventies for whom music had become personal and meaningful. The stores served as much as social hub as retail outlet. “No music, no life” was the chain’s motto.

The company’s rise and fall is part and parcel of its era. Once the Sacramento outlet expanded to open a store on L.A.’s Sunset Strip, within spitting distance of all the record companies’ headquarters, Tower Records grew to iconic status. Elton John, in one of the crucial non-employee interviews (David Geffen, Bruce Springsteen, and Dave Grohl are some of the others) would ritualistically come in every Tuesday morning and walk all the aisles with a list of planned purchases, while his limo driver followed with a container to hold them all. The fantastic heyday of the store and its rapid expansion throughout the U.S. and into Japan (where the company still thrives) is a giddy ride made only more wistful by the death throes of the chain’s excruciating final years and ultimate dissolution in 2006.

Solomon’s skills as a raconteur, the employees’ unabashed love for their work, and the constant stream of rock music playing in the background advance the film into something much more than a talking-heads documentary. Occasionally repetitive, the film is nevertheless full of little moments like Springsteen’s poetic description of the stores as the place where “your dreams met the listener” or a shot of the budgetary line entry for “handtruck fuel” (code name for cocaine). All Things Must Pass, which had its world premiere at SXSW '15, is a rock doc keeper. 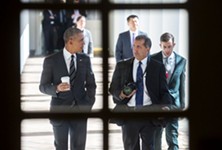 All Things Must Pass, Colin Hanks