Not reviewed at press time. Humans, vampires, and zombies all live in peace in a small town until an alien invasion, which places them all in mortal combat until a group of teenagers saves the day. It's directed by Robbie Pickering, the writer/director of the SXSW 2011 Audience Award winner, Natural Selection. 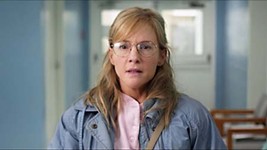