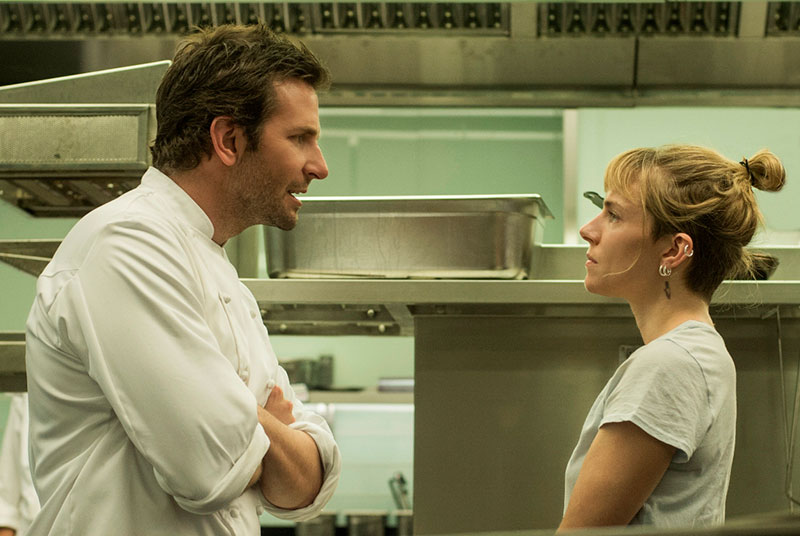 What’s missing from the title is a preposition – as in, burnt out, which one gathers is what happened to rising chef Adam Jones (Cooper, fully committing) prior to film’s opening. An arrogant prick who earned two Michelin stars too early, Jones ruined a promising career in Paris by overseasoning it with drink, drugs, and sex. After a self-imposed exile cleaning up and shucking (literally) a million oysters in penance, he resurfaces in London to make a bid for a third Michelin star. (A not exactly unicorn-rare feat, but for comparison, only four restaurants in London currently have that distinction.)

This is TV innovator John Wells’ third feature film, following 2010’s The Company Men and 2013’s August: Osage County. Nothing he’s done in film yet is going to bump his work on ER and The West Wing from the first line in his obit. But in both television and film, he’s shown real finesse in finding magic moments for even the smallest part in his elbowing ensemble casts. His is a unique concentration that elevates a supporting character to essential. Of course, the flip side is that Burnt is stuffed to the gills with great actors who get a quick chance to pirouette – wild applause! – then must scurry off to the wings to make way for the main event. You could get a crick in the neck scanning the edge of the frame for Emma Thompson, or Matthew Rhys, or Alicia Vikander, or the Italian actor Riccardo Scamarcio to pop back in, and you could lose whole minutes daydreaming what the film might look like if the ever-underrated Sienna Miller – forcefully drawing the eye as Jones’ plainspoken, single-mom sous chef – was the film’s focal point instead.

But this is Bradley Cooper’s show, and oy, does this film have a boner for his “bad boy” chef (see: the leather motorcycle jacket, and the motorcycle he steals). There’s never any doubt that redemption is the end-game for Jones, but the claim for his saving is weak sauce; the case against him has been too emphatically, if unintentionally, argued. Cooper’s character might be the most dislikable leading man to grace movie screens in ages. Repugnant, even – and that, it turns out, makes for a rather pleasant change of pace. Who says you have to root for the hero? It’s called free will – you don’t check it at the box office. I actively loathed this asshat for most of the movie, which made his comeuppance (a truly inspired one) more delicious, and his rock-bottoming out more revelatory – it’s like watching a monster’s scales flay off in strips to reveal a raw, squalling baby inside. 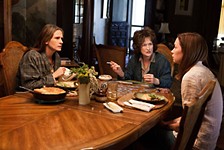 August: Osage County
Plates are broken and egos are trampled on in this wonderful ensemble rendition of Tracy Letts' Pulitzer Prize-winning play. 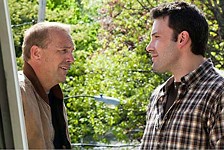 The Company Men
Ben Affleck, Tommy Lee Jones, and Kevin Costner star in this drama about what happens to company men after they part company with the company.