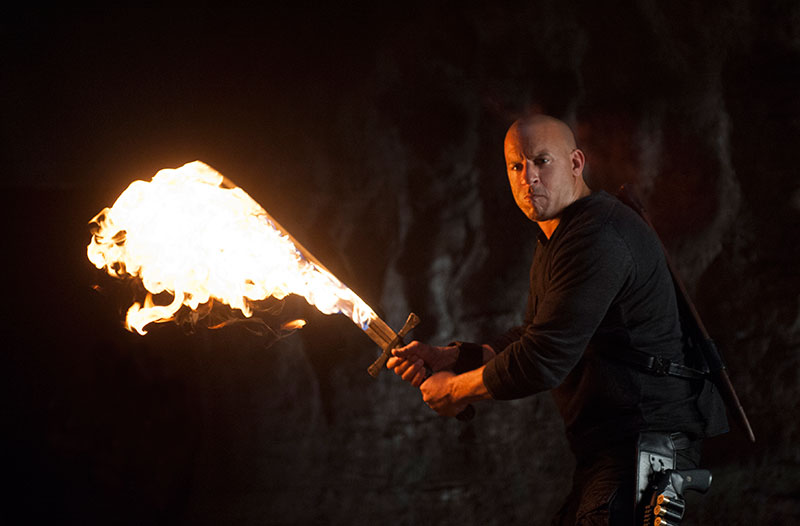 For a film that tosses around words like “magic” and “immortal” roughly every four minutes or so, The Last Witch Hunter is disappointingly mired in anything-but-immortal dialogue and a definite surfeit of Vin Dieselness. Magical, it’s not. Diesel’s best roles to date have arguably been as the voice of The Iron Giant and his work as Dominic Toretto in the increasingly kickass, gearhead Fast and Furious superseries. Here as Kaulder, the eponymous hunter of witches (currently some 700-plus years old since slaying the Queen of the Witches during the Black Plague), Diesel gets to chomp down on the too-often CGI scenery and hassle otherwise ordinary, Williamsburg witches for the Catholic Legion of Decency, or, as it’s called in the film, the Axe and Cross. Filled with cardboard characterizations from otherwise excellent actors – Michael Caine’s “36th Dolan” is baldly Batman’s Alfred in a clerical collar, and Wood’s "37th Dolan" is just plain badly written – The Last Witch Hunter should take its title literally, as a sacrosanct promise to the genre film faithful.

Director Eisner helmed the excellent remake of George R. Romero’s The Crazies back in 2010, but this film shows none of the lunatic flair for the ghastly that the previous film so easily served up. In fact, this is more action-oriented fare than it is anything else, part Dungeons and Dragons and part Underworld, minus the brazen sexuality of the latter. Writers Cory Goodman, Matt Sazama, and Burk Sharpless attempt to infuse the film with something akin to the history of witches, but apart from Kaulder’s semi-sidekick Chloe (Leslie, stealing every scene she’s in), it never really gels into anything other than a lengthy scrum of poorly shot and edited fight scenes, vastly overused CGI (killer bees!), and Diesel’s gravelly growling. For the record, it packs nowhere near the crepuscular punch of the forthcoming feature The Witch, so avoid getting the two confused when that Fantastic Fest fave alights in theatres post-holidays. 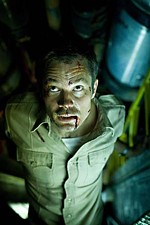 The Crazies
A mysterious pollutant in their water supply is making the residents of a small Iowa town insane in this remake of George Romero's topical horror tale. 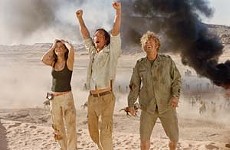