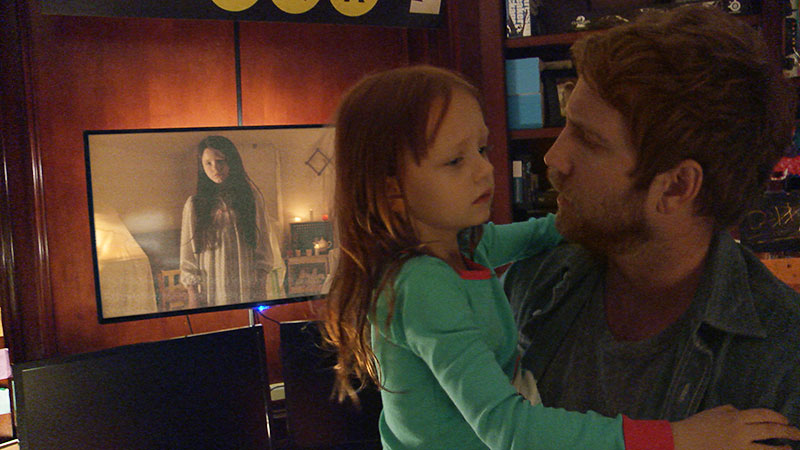 I really disliked the original Paranormal Activity when it was released in 2007, calling it “laughable if it weren’t such a flagrant ‘fuck you’ to fans of genuine horror cinema.” I felt similarly about the five succeeding franchise outings, although 2011’s PA3 burrowed under my skin and caused a few brief frissons of creepiness. Call me immune to cheap shock cuts and easy scares after a lifetime of immersing myself in horror and genre films, but the found-footage series never managed to make me gnaw my nails in anxious, dark dread. The box office totally disagreed, though, and the release of a new(-ish) Paranormal Activity movie every year or so has become something of annual tradition. Still, The Haunting these films are not.

The Ghost Dimension is allegedly the final installment, and I was very much hoping for some seriously messed-up conclusion to the story of possibly possessed kid-things Katie (Csengery) and Kristi (Brown) as well as a good look at the demon in the machine, Toby (Steger). No such luck, although we do get a jot more of the malevolent creature amidst the rehashing of what is essentially the same unscary campfire story retold, albeit this time in 3-D.

The accursed family this time out is the Fleeges: dad Ryan (Murray), mom Emily (Shaw), and their pre-teen daughter Leila (an effective George). While moving into their sprawling new house with Ryan’s brother Mike (Gill) and Emily’s sister Skyler (Dudley), they uncover a box of old VHS tapes – the franchise’s spook-show cornerstone – and a bulky video camera that’s been modified to reveal the demonic hoodoo going on around them when anyone looks through the viewfinder. The CGI Toby stalks little Leila, found footage unspools, things go bump in the night, and, well, you’ve seen all this before, so much so that very little of it results in the actual jump-out-of-your-seat shocks that peppered the previous five films. Add to that some lazy 3-D phantasms and a storyline that fails to satisfy as a serious resolution to all that has come before, and what you’re left with is just another simulacrum of the standard Paranormal Activity outing. Can this truly be the finale of these movies? I fear the worst. 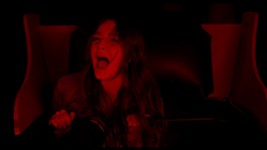 Hell Fest
Murder at the amusement park, but this time it's horror themed