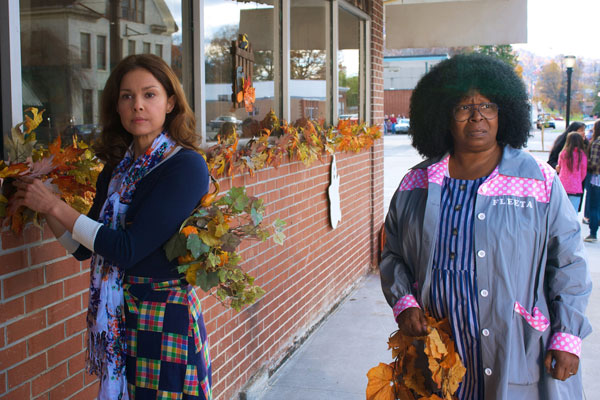 In Big Stone Gap, Va., in 1978, self-described spinster Ave Maria Mulligan (Judd) is putting on a show. It’s the kind of small-town production where everybody chips in, and a handy occasion by which to introduce Big Stone Gap’s large cast of quirky characters. Her Italian immigrant mother sews the costumes. Ave’s best friend, a randy bookmobile librarian (Elfman), runs the box office. And in the band performs a taciturn miner, Jack (Wilson), who’s nursed a crush on Ave since their school days. Opening night concludes in tragedy, with the death of Ave’s mother. Ave is unmoored, especially after she receives an open-after-my-death letter that undoes everything Ave thought she knew about her place in the world.

“Place” is paramount. (Time is trickier: Sideburns, an Afro, and flowery dresses that look like nightgowns aside, the era is unconvincingly conveyed.) Writer/director Adriana Trigiani, adapting from her own Nineties novel, has a native’s eye for the picturesque (she grew up in Big Stone Gap), and she gifts Judd a hell of an entrance, as Ave roars through coal country in her mud boots and Jeep, making deliveries for the family pharmacy. As the film cycles through seasons, the Appalachian landscape could stop your heart from so much prettiness. But the film is as thin as a picture postcard. In her clumsy assemblage, Trigiani introduces secondary drama in one scene – a country-dwelling woman needs a new set of teeth, for instance – only to resolve it mere minutes later. Meanwhile the main plot – Ave’s place in the world, and her push-pull with Jack – moves along pokily and uncertainly. What Ave wants, or why she’s so convinced of what she doesn’t want, is a mystery. And that’s a waste of the lovely and tart-tongued Judd – an actress who wasn’t born for mystery, but for cutting through the bullshit – and a waste of a whole cast that shares the same spirit of can-do-ness of that small-time production. Can-do can’t cut it here, especially with a climax so hokey it retroactively erases all the stolen moments of true connection, of grace, between skilled actors stuck in a show that’s beneath them. 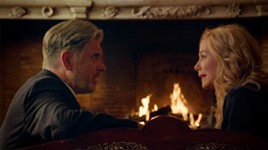