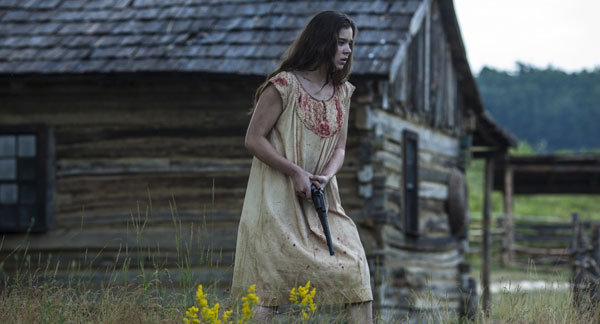 Two Union soldiers deliriously scout in advance of the infamous march of William Tecumseh Sherman, which set the South on fire in the waning years of the Civil War. It is 1865, and Moses (Worthington) and Henry (Soller) mean business, as they rape and murder their way from town to town, leaving zero survivors. The other side of that coin is Augusta (Marling) and her sister Louise (Steinfeld), who along with their slave Mad (Otaru) try to get by as best they can on their family farm. With all the menfolk gone, getting slaughtered in the war, they must fend for themselves, sowing the fields and attempting to hunt for game, often unsuccessfully. When Louise gets bit by a raccoon, Augusta must travel to the local trading post for medicine. She draws the attention of the two psychopaths, who then follow her back to the farm for a third-act showdown.

The slow-burn thriller The Keeping Room is deliberately paced, with muted moments highlighting the first half of the film. British director Daniel Barber (Harry Brown) portrays the hardship the three women face in dappled sunlight as they try to till fields and hunt for game. When the two men finally arrive at the farm, the film becomes another in a long line of rape/revenge plots, albeit one with a feminist slant. The Keeping Room might not offer up anything new, but the dedicated performances by the three leads, coupled with Barber’s mannered direction, raises the film above the level of exploitation the material is generally treated with. A ruthlessly satisfying thriller, The Keeping Room will linger with the viewer long after the credits roll.

See "True Grit," Oct. 2, for an interview with the screenwriter, Julia Hart. 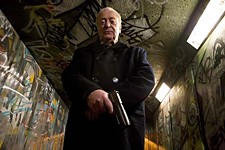 Harry Brown
Michael Caine gets his Charles Bronson on in this British vigilante drama.