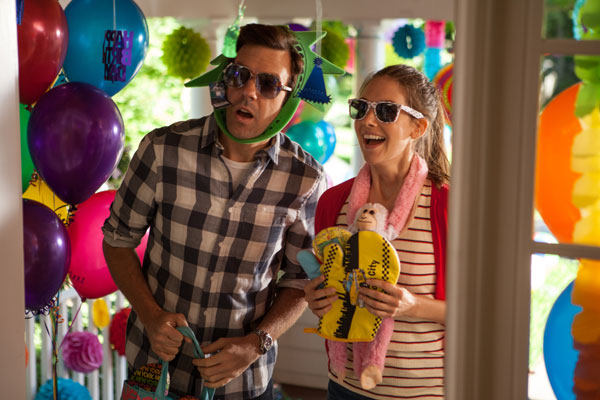 Sleeping With Other People

Peopled with sex fiends and cokeheads with intimacy issues and a savage definition of fun and games, Leslye Headland’s romantic comedies now number one mainstream, modest hit she scripted – 2014’s About Last Night, adapted from a David Mamet play – and two indie films she’s both written and directed – 2012’s Bachelorette and this year’s Sundance favorite Sleeping With Other People. That’s a short filmography on which to base a long take, but to me all three films taste like those tiny sweet-and-tart candies: They start with a sour pucker-mouth and resolve in a perfect sugar rush.

Bidding and winning in first-time starring roles as romantic leads, Jason Sudeikis and Alison Brie run the table as a new-gen Harry and Sally in this overt update of the Reiner/Ephron classic. Sleeping With Other People gets the will-they or won’t-they question of sex off the table fast. In a prelude set during their undergrad years, shy-guy Jake (Sudeikis) and hot-headed Lainey (Brie) meet by accident and lose their virginity to each other. Ten years later, they bump into each other at a support group for sex and love addictions.

Jake, now a ladies' man, is wrestling with an allergy to monogamy. Lainey’s seeking therapy because she’s spent the past decade in an emotionally devastating affair. Jake makes a pass at Lainey, but she demurs. They’re both striving to get better, so they resolve to be friends: to get better together. They don’t deny their mutual attraction. They even have a safe word for when one of them is feeling too turned on. That safe word starts out as a joke – and a sanctioned kind of flirtation – but as their bond deepens, the word turns into a valentine.

Too often in romantic comedies, the romance and comedy spill out of the water pipe with only one temperature allowed at a time. Headland has surer control of the faucet handles – even if an early scene with Adam Brody is too buffoonish. As Lainey and Jake become best friends, the film becomes the best version of itself: funny, saucy-risqué, confident in the complexities of its characters, and sincerely romantic.

Headland has a shrewd eye and an ear for sparring. She also knows when to call in the big guns – When Harry Met Sally …, sure, plus a hat-tip to The Graduate that heralds the movie’s biggest moment. Sleeping With Other People doesn’t stick around long enough to see if the afterglow will turn glum for this particular Benjamin and Elaine. Instead, it hands the outro to Jason Mantzoukas and Andrea Savage, playing a long-married couple who still rev each other’s engines. It’s a shrewd last move in a movie that’s uncommonly smart about when to buck convention and when to conform to the warm feels we all want. 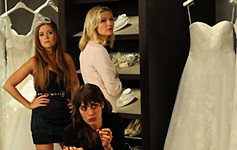 Bachelorette
This comedy about four female friends on the eve of one’s nuptials is at times dangerously funny.