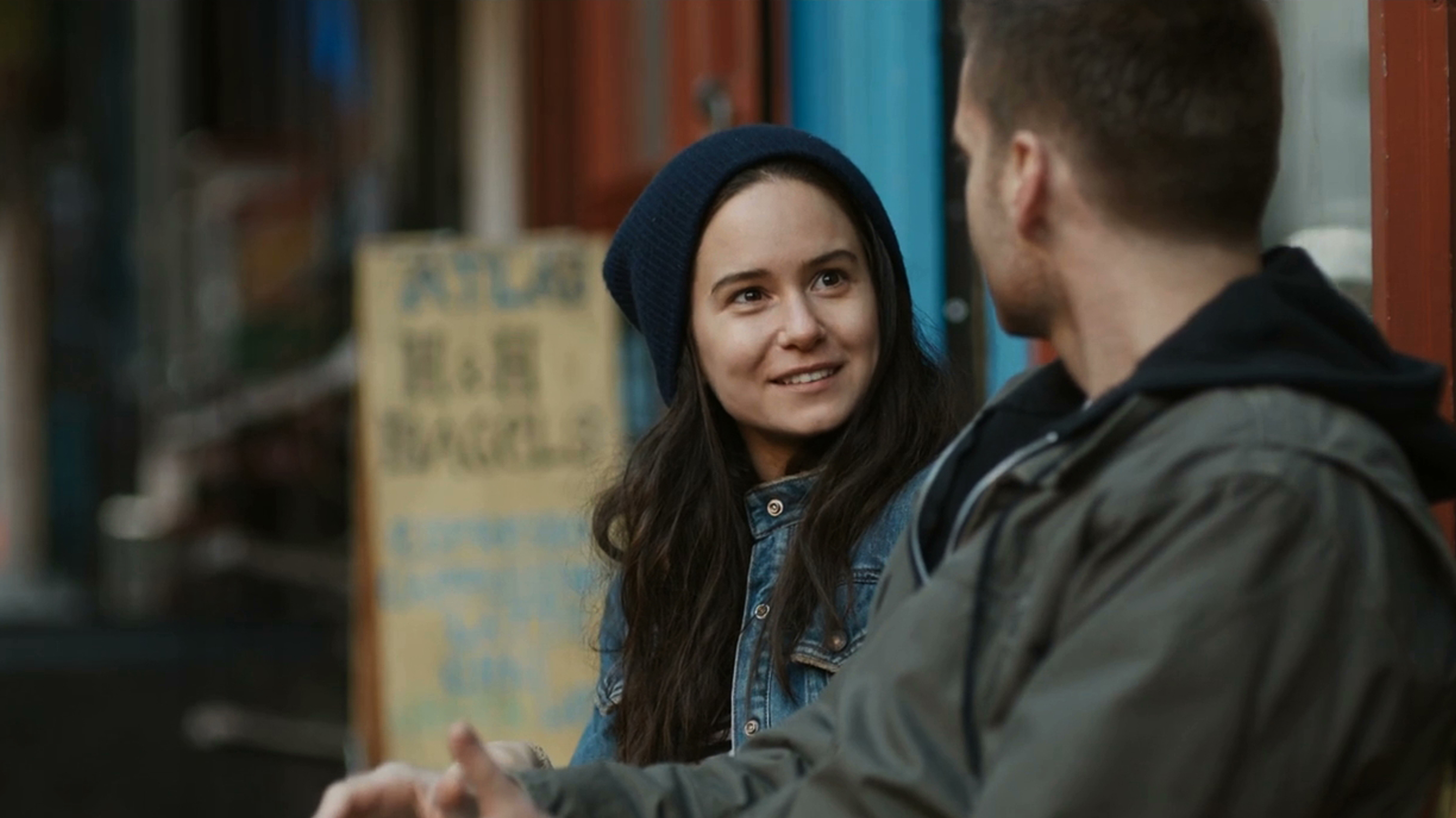 In case the title was ambiguous, writer/director Tom O’Brien’s Manhattan Romance would love to evoke the late Seventies cinema of Woody Allen. At one point, the main character Danny (again O’Brien, who also served as a producer on the film) quotes the prolific filmmaker directly. But while Allen, in Annie Hall and Manhattan specifically, was a bundle of overarticulated comedic neuroses, Danny is just a confused and insecure nice-guy man-child who comes off as bland and whiny. What’s not to love, right?

Well, a lot actually, as this whole endeavor reeks of some Nineties-era Ed Burns bullshit. Danny is a commercial film editor by day, but his passion project is a documentary that vaguely revolves around relationships, so that has him awkwardly and continuously approaching random couples on the street, soliciting them to speak about what makes their relationship work or something (the camera invariably cuts away anytime a conversation turns remotely interesting). He’s being cockteased by Theresa (FitzGerald, one of the most wonderful components in Showtime’s Masters of Sex; alas, wasted here), a new-age hippie waif whom he knows from a free-dance group. There’s also Carla (Waterston) and Emmy (Hoffmann), a lesbian couple that Danny films for his documentary. Danny and Carla have a spark, but will they connect? Will Danny figure out his place in the world? Your sympathy may well prove stronger than mine, especially after a cringe-inducing sequence that sees Danny running through the streets of New York as the film cuts to flashbacks of all his problems. He’s literally running away from his problems, people! That may fly for some sophomore student thesis film, but here it’s just one more mark against Manhattan Romance, a slick but slight film that unfortunately resurrects everything that was problematically self-indulgent about so many New York rom-com indie films that have come before. This is irrelevant navel-gazing at its most tepid. Nothing (new) to see here, folks.