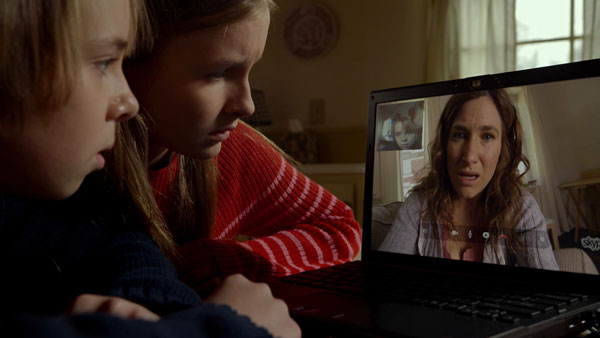 After a string of increasingly mediocre movies nearly put an end to his career, M. Night Shyamalan, director of 1999’s multi Academy Award-nominated The Sixth Sense, finally gets his groove (mostly) back with this utterly deranged little disturb-a-thon. The premise is simple enough: 15-year-old Becca (DeJonge) and her 8-year-old brother Tyler (Oxenbould) are sent on a weeklong visit to the maternal grandparents they’ve never met before. The kids’ mother (Hahn) had a mysterious falling out with Nana and Pop Pop (Dunagan and McRobbie) and fled the family home in rural Pennsylvania nearly 20 years earlier. Becca, a precocious budding documentary filmmaker, has decided to shoot the visit on her Sony with the hope that it might somehow help her mother and grandparents reconcile. Geriatric weirdness ensues.

Refreshingly, this isn’t so much a found-footage movie – although it was backed by Paranormal Activity overseers Blumhouse Productions – as it is a completed faux documentary, complete with onscreen titles and a cripplingly hilarious end-credits sequence featuring Tyler being Tyler.

Yes, The Visit is frequently outrageously hilarious and can be viewed as Shyamalan’s snarky deconstruction of the ongoing found-footage horror movie overkill. But its more comical moments generally stem from scenes featuring the otherwise avuncular and genial Nana and Pop Pop – who, it appears, are slip-sliding away into full-blown dementia – acting bat-shit crazy. Troubling red herrings abound: Pop Pop is keeping something hidden in the tool shed, Nana wants Becca to crawl all the way into her massive kitchen oven (presumably in order to clean it just so), and the kids are under strict orders to never venture into the basement. Well, duh.

Like the best of Shyamalan’s work, The Visit comes with a panicky third-act revelation that forces Becca, Tyler, and the audience to instantaneously reconsider everything that has come before. The less said about that the better; suffice it to say that even I didn’t see it coming.

To the immense benefit of the film, Dunagan and McRobbie seem to be game for anything the director believes will flip out audience members. There are more than a few scenes that balance precariously on the edge of good taste, but then the best horror films – and almost despite itself, The Visit is most assuredly a horror movie – intentionally throw politically correct caution to the wind, usually after stabbing it in the eye with an ice pick. Are Becca and Tyler’s grandparents acting so bizarrely simply because they’re old folks (as Pop Pop keeps explaining), or is there actual cause for alarm? Shyamalan keeps you guessing and, yes, sporadically bursting into laughter, right up to the end. 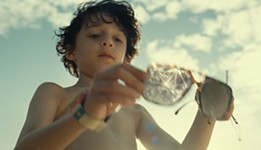