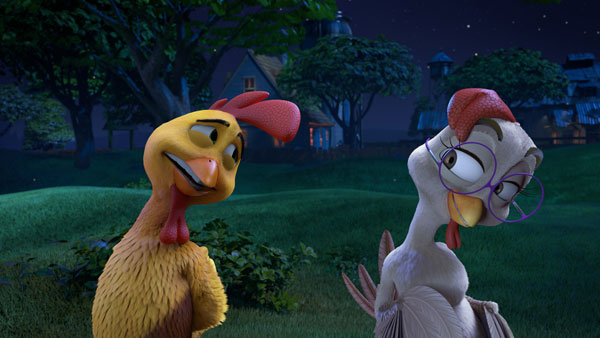 Un Gallo con Muchos Huevos is the first Mexican CGI-animated feature to receive a wide release in El Norte, and it’s every bit as goofy-smart as one would hope. The animation team at Huevocartoon Producciones has done a splendid job bringing their – you’ll pardon the pun – eggscentric Flash-animated and hand-drawn characters into the vivid, anything-goes world of computer animation. The story, written by director Alatriste, overflows with an abundance of corny gags, spot-on homages to everything from The Godfather to classic Warner Bros. cartoons to all sorts of global pop-cultural touchstones, chief among them Rocky and Star Wars. As an added bonus, the film’s thematic core revolves around conquering youthful insecurity, literally, “learning to fly.” That’s an especially common theme in the history of animation (one that poor Wile E. Coyote never quite mastered), but it continues to be relevant and affecting to people of all ages, everywhere. That’s the good news.

The bad news is that The Rooster with Many Eggs (as it translates to English) revolves around the inherently vile “sport” of cockfighting, albeit without the gruesome realities of the razored spurs, spurting avian gore, drug-enhanced killer roosters, and the overall seediness of the competitions and the human competitors performing a proxy duel to the death via their prized fowl. There’s also a very clearly gay character whose only purpose is to allow the audience to let off some homophobic guffaws. I’m pretty sure that both of these breaches of good taste and tact are cultural in nature. Still, you can’t argue the point that Un Gallo, which is aimed at a young audience, will inculcate kids to the idea the cockfighting is a natural, normal activity. There’s no bloody, entrail-laden sawdust in this version of rooster-on-rooster ultraviolence, just talking chickens and eggs, and a silent slice of bipedal bacon.

The star is Toto (voiced by Mexican superstar Bichir), a scrawny, terribly insecure teenage chicken who eventually must enter the cockfighting arena to save the bankrupt farm that’s home to his beloved Di (Perroni), his parents, and a baker’s dozen of chatty organic and ambulatory eggs. The movie’s ending will come as no surprise to anyone over the age of 5, and yet Un Gallo feels fresh and breezily entertaining despite turning cockfighting into a fluffy-tough, preteen-friendly experience. There’s an extended and wonderful sequence that pays tribute to the artfulness of George Lucas and, in particular, the Luke Skywalker vs. Darth Vader sequence set within the techno-canyons of the Death Star. Backed by a faithful musical homage to John Williams’ original score, this is hands-down bravura animation. Other excellent, blink-and-you’ll-miss-’em moments include tributes and/or references to Daffy Duck, Jean-Claude Van Damme, Snoop Dogg, and LL Cool J, as well as a preposterously hilarious use of Louis Armstrong’s “What a Wonderful World.”

And yet there’s always the niggling fact that the whole film is implicitly condoning cockfighting. Viewed entirely on the exceptional virtues of its CGI animation (flashbacks occur via traditional, hand-drawn animation) and its occasionally raunchy humor, Un Gallo con Mucho Huevos is a small gem of a film. But its trivialization of cockfighting will surely be a rightful stumbling block for many potential audience members. 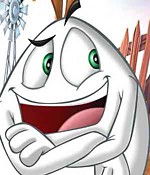