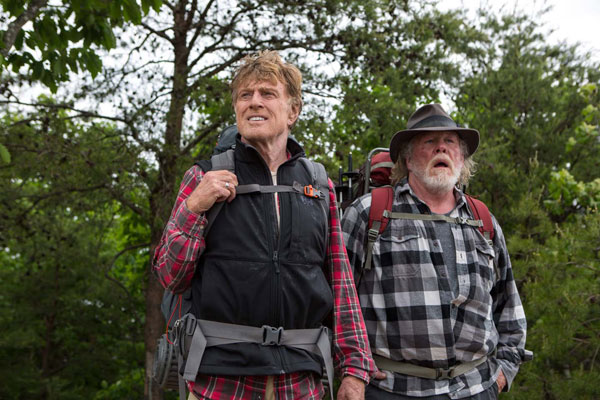 This film adaptation of travel writer Bill Bryson’s 1998 book about his experience hiking the Appalachian Trail with his old friend Stephen Katz (a fictionalized name) reminds us of the old saw: What matters most is the journey, not the destination. A Walk in the Woods is a sterling showcase for two great acting veterans, Robert Redford and Nick Nolte. Watching these two interact and listening to their wizened characters’ riffs amid gorgeous scenery (filmed by another film veteran, cinematographer John Bailey) is a sheer delight – which is a good thing since that comprises the bulk of the movie. What A Walk in the Woods doesn’t have, however, is plot, character development, narrative conflict, and resolution – in other words, a destination.

The film, which was also produced by Redford, has had a long gestation, and was originally intended as a reunion piece for Redford and Paul Newman, who died before the project came to fruition. Nolte is no second best, however. His craggy voice and ramshackle bearing creates a good contrast with Redford’s craggy face and fit demeanor. That the two are in their 70s and embarking on this grueling journey injects a cause for worry that’s not part of Bryson’s book, since the men were in their 40s when they actually undertook this hike. In addition to worrying for their health and safety, their advanced age introduces a modicum of disbelief to the story. It’s the rare individual who would risk such a trip at an age when every tumble might be cause for a broken hip.

Bryson and Katz, as the two generally call each other, are definitely an odd pair, childhood friends who had grown apart. Bryson’s well-ordered life of writing and family routine (Thompson makes the most of a banal role as his wife) needs the trip’s challenge, while the reformed alcoholic Katz grasps this chance for another adventure and, possibly, the avoidance of a stint in the pokey. Katz’s randy banter and attempted sexual exploits (one of which leads to an exit out a back window) are also in marked contrast to Bryson’s monogamous commitment and constant sharing of arcane bits of information about the natural world that surrounds them. Cameos by Nick Offerman as an annoyingly knowledgeable REI salesman, Kristen Schaal as a maddening chatterbox they meet along the trail, and Mary Steenburgen as a sexually approachable motel proprietor brighten the journey, although these characters are little more than one-note portrayals. Still, the experience of accompanying Bryson and Katz on their journey leaves the viewer with a sense of having spent time in good company.

READ MORE
More A Walk in the Woods 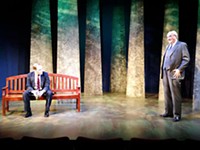 A Walk in the Woods
Street Corner Arts revives this tale of Cold War arms negotiations with style, notably in the forest set 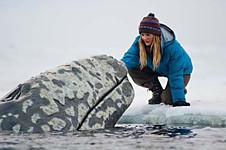 He's Just Not That Into You
A Baltimore-set romantic comedy roundelay based on a bestselling self-help book.